A relentless rally on Wall Street appears to be carrying on, propelled by an impending US fiscal stimulus package and a spending bill that could be passed by this Friday. The S&P 500 and Nasdaq 100 index both hit fresh highs on Thursday, while the Dow Jones Industrial Average closed just marginally below its record. The Federal Reserve has reassured markets its accommodative monetary stance this Wednesday, sending the Greenback to its lowest level seen since April 2018. A weaker US Dollar underpinned a rally in crude oil, iron ore, copper and gold prices, which are particularly favoring commodity linked currencies such as the Australian and Canadian Dollars, both are at their 2.5-year highs.

Australia’s ASX 200 index rallied 1.2% on Thursday to a 10-month high after the release of improved macro data including a stronger jobs report and a reduced budget deficit. Tech, banks, miners and energy firms were among the best performers as metal prices continued to surge on strong demand from China while the USD extended declines. The Australian Dollar climbed to 0.7617 - a level not seen since June 2018. The index is set for a minor correction on Friday, but its overall bullish trend appears to remain intact in the near term. 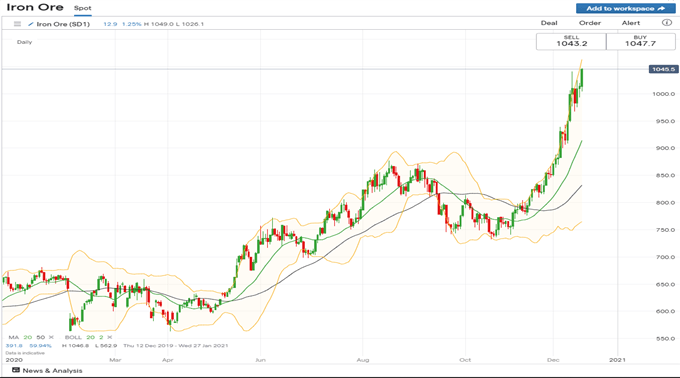 We are probably back to a time when ‘bad news’ is interpreted as ‘good news’ as souring macro data may point to more stimulus support in the wake of rising coronavirus infections in the US and the EU – both are among the world’s largest consumer markets. US weekly jobless claims came in at 885k, which marked a 15-week high and also surpassed the baseline forecast of 800k (chart below). It is pretty evident that a major viral resurgence in winter has dented job market conditions. The figures could set to rise further until the rollout of vaccines help to remove the lockdown measures and bring business back to normal.

The good news is that Moderna’s Covid-19 vaccine is likely to become the second vaccine to be granted for emergency use authorization by the FDA after it received support from the panel. The FDA expects the companies to be ready to apply for full approval as soon as next spring. 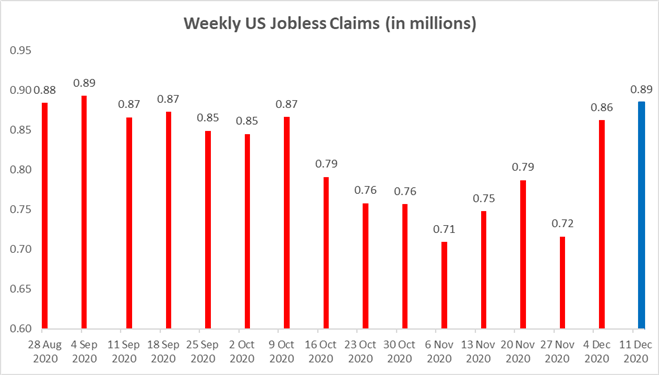 Asia-Pacific stocks are poised to end the week with a mixed tone. Equity futures are pointing to a lower open in Japan, Australia, Hong Kong, South Korea, Singapore and Thailand. Asian investors appear to be more vigilant about the recent rally in the US markets, and perhaps prefer to lock in some profit before entering the Christmas holiday. Major APAC indices, namely the Nikkei 225, Hang Seng Index and Straits Times Index are mostly trading in ‘range-bound’ conditions, pausing an astonishing rally seen in November.

On the macro front, the BOJ is expected to extend an emergency Covid-related lending program while keeping the policy rate unchanged during a meeting today. Read more on DailyFX’s economic calendar. 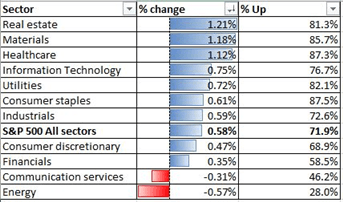 The S&P 500 index appears to be ranging higher within an “Ascending Channel” as highlighted in the chart below. The uptrend was well supported by its 20-Day Simple Moving Average (SMA) line, although some minor corrections were observed. Immediate support and resistance levels can be found at 3,705 (50.0% Fibonacci extension) and 3,750 (61.8% Fibonacci extension) respectively.

The ASX 200 index is trending up within the “Ascending Channel” as highlighted below. The overall bullish trend remains intact and well supported by the 20-Day Simple Moving Average (SMA) line. The index has breached the 161.8% Fibonacci extension level of 6,630 and may attempt to challenge the next resistance level at 6,811 – the 200% extension. Upward momentum appears to be faltering, however, as suggested by a falling MACD trendline.