The US Dollar saw volatile movement as markets assessed the most recent interest rate decision from the Federal Reserve's FOMC. The Federal Reserve kept interest rates unchanged in the latest monetary policy decision. The benchmark rate remains at the 0.00-0.25% bound as policymakers aim to support the ongoing recovery through its asset-purchase program and policy guidance. At the same Treasury curves steepened but moderated back to pre-decision levels as Chair Powell took the podium for the post FOMC press conference. 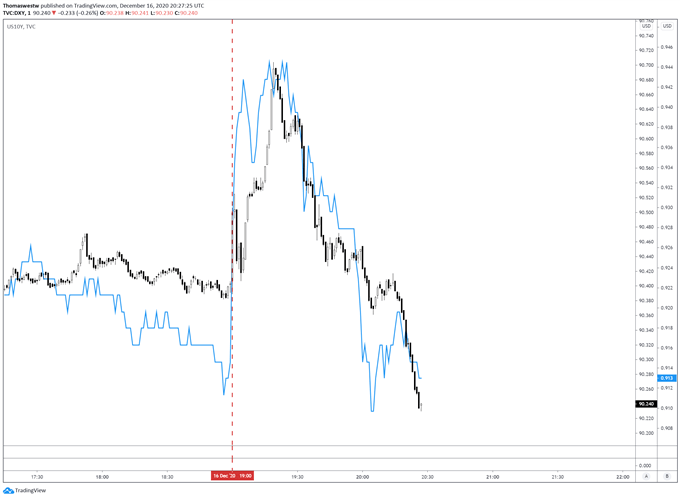 The path of the economy remains dependent on Covid according to today’s policy statement. That said, recent improvements in economic strength and a clearer vaccine outlook appear to have shifted FOMC participants’ projections for inflation higher, as seen in the chart below. Furthermore, risks to PCE inflation shifted to a more balanced outlook, but overall continue weighted to the downside according to today's economic projections. 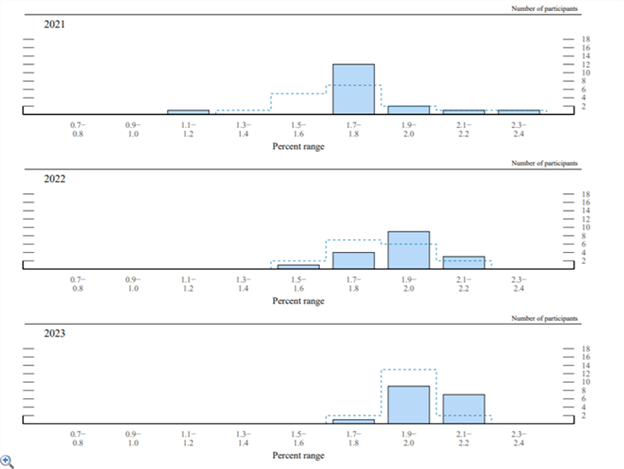 In the news conference following the policy decision Chair Powell stated that markets will receive warning before the Federal Reserve makes significant changes to asset-purchases, and will need to see substantial improvement from current conditions before doing so. When asked about fiscal stimulus, Chair Powell shied away from stating a specific number needed for the economy, but said, "the case for fiscal policy right now is very very strong."

Meanwhile, congressional lawmakers are attempting to hammer out the details of a prospective stimulus bill amid the current uptick in Covid cases across the country. Moreover, Chair Powell referenced that with vaccinations in H2 2021 the economy should perform strongly, but the next 4-6 months will be key with a clear need for support during that time. The Fed's updated dot plot, which gives forward rate expectations from FOMC members, shows no changes for 2021 from the current rate, and no median expectation to rise until beyond 2023. 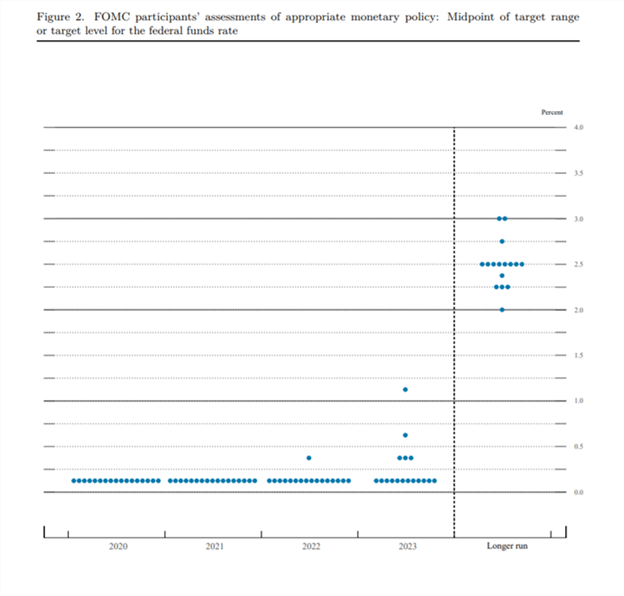