New Zealand is one of a few nations that managed to significantly reduce the economic impact the coronavirus has had on its local economy while managing infections in much the same way. The growth-linked currency forms part of a ‘core-perimeter model’ alongside Australia and China, as it tends to benefit from improving economic conditions related to global recoveries but China in particular.

The New Zealand dollar has benefitted from arrangements of developed Western nations to receive the long awaited Covid-19 vaccine. As a result, markets seem to have shifted towards riskier assets as the future economic landscape appears somewhat clearer and economies can attempt to get back on track without having to undergo numerous lockdowns.

Risk Events on the Horizon:

Recommended by Richard Snow
New to FX? Learn the basics here
Get My Guide

Taking a look at the daily chart, NZD/USD has broken above the zone of consolidation and has continued since. Adding to the bullish momentum is the appearance of the bullish candle, which may hint at a continued move higher. 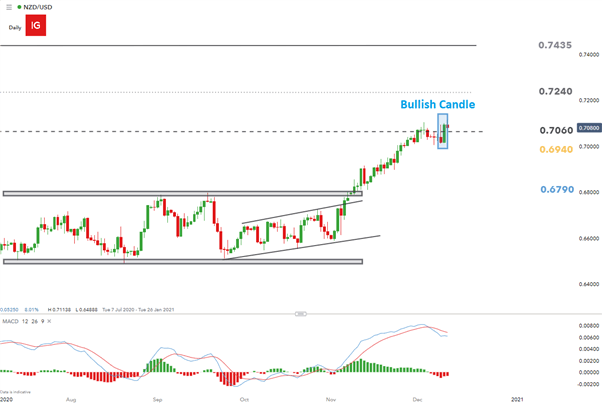 This type of candle is similar to the bullish engulfing formation, although in this context the bullish candle isn’t appearing at the bottom of a down trend. Nevertheless, the candle supports a bullish theme/bias and is shown in greater detail below: 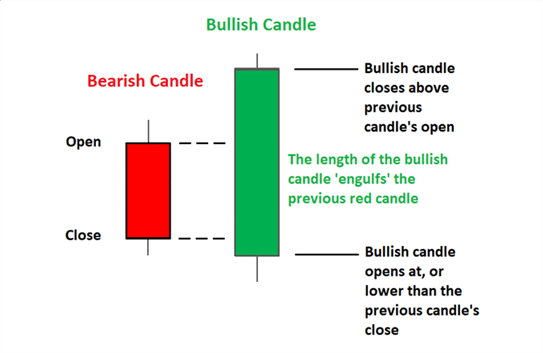 For more educational resources to expand your trading knowledge, take a look at our extensive education library

Taking a look at the weekly chart, the MACD shows no sign of slowing down as the MACD line remains above the signal line. Continued bullish momentum could see the pair move towards the 0.7240 and 0.7435 levels of resistance.

However, should price action hover around 0.7060 without a convincing break higher, the pair could see a retracement down towards 0.6940 or even 0.6790 (current support levels) 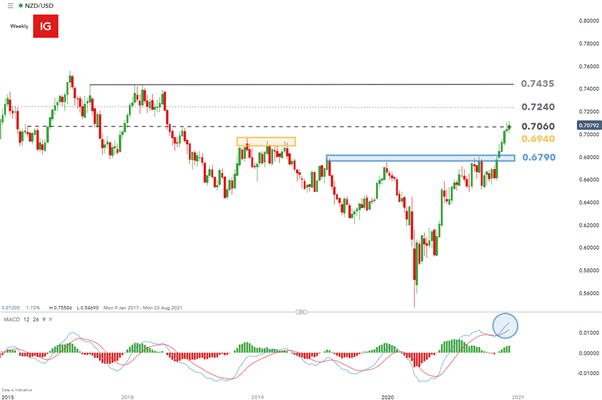 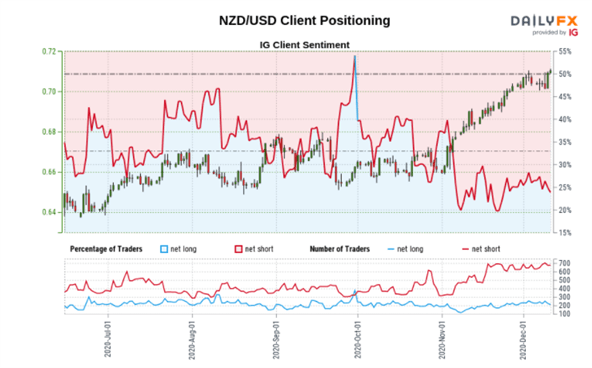