NO-DEAL RISKS RISING: GBP is on the slide again after EU’s Von Der Leyen told the EU summit that a no-deal Brexit is the most likely option. That said, talks will continue through to Sunday, where the UK and EU will make a firm decision on Sunday regarding the future of the talks. As it stands, bookmakers have also increased the odds of a no-deal Brexit, now at 61%. In turn, with markets beginning to price in a higher likelihood of a no-deal, GBP may have some way to go on the downside. As a reminder, the options market have not shared the same enthusiasm as spot GBPUSD had in recent weeks, as hedges for downside protection rose to its highest level since the EU referendum, thus leaving scope for a sizeable pullback in GBP/USD. 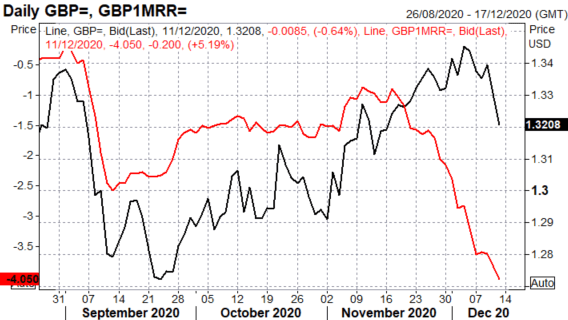 Headline Watch:As has been the case throughout the week, GBP will remain sensitive to Brexit headlines over the next 24-48 hours and with a firm decision expected on Sunday, gap risk for GBP pairs has increased. Therefore it would be prudent to be nimble and to remain disciplined with GBP.

For a comprehensive look at trading discipline, check out the traders guide to trading psychology

EUR/GBP: As a no-deal Brexit becomes a more material risk, EUR/GBP could extend towards 0.9300, which has typically been associated with a fair pricing of no-deal concerns. However, holding above 0.9300 will be dependent on whether a no-deal Brexit is confirmed or not after Sunday’s decision. If indeed that the EU and UK agree to push ahead with a no-deal, EUR/GBP could risk hitting 0.9500. 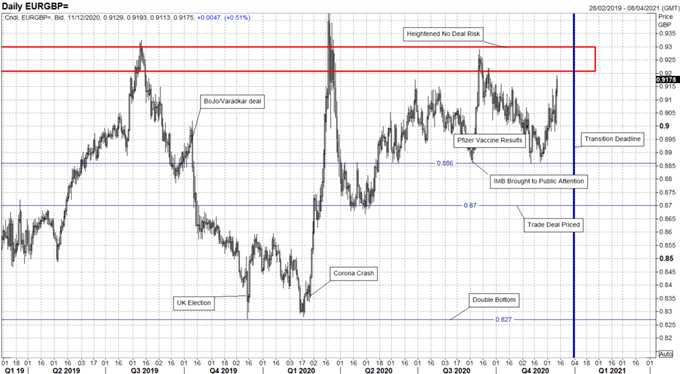