The Australian Dollar has stormed higher in the month of November, climbing over 5% against the US Dollar to come within a stone’s throw of the yearly high set in September.

Prices look set to surpass this peak in the near term, as the nation’s successful suppression of the novel coronavirus allows states to roll back border restrictions.

The border between Australia’s two most populous states – Victoria and New South Wales – was reopened on November 23 after being closed for over 4 months, while Queensland Premier Annastacia Palaszczuk announced yesterday that “on December 1, Victorians can also come to Queensland and Queenslanders can go to Victoria as well”. 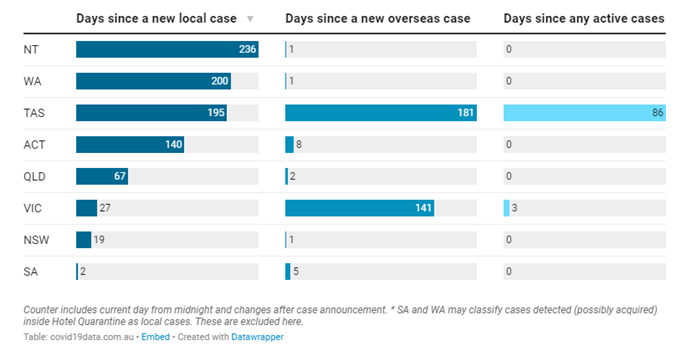 These moves will likely bolster the heavy-hit tourism, travel and services sectors ahead of the holiday season. Indeed, Flight Centre has registered a record increase in domestic travel bookings while Qantas – Australia’s national carrier – has added hundreds of extra flights to cope with the surge in demand.

To contrast, Germany has extended its nationwide partial lockdown for at least three weeks while Covid-19 hospitalizations in the US skyrocket to just under 90,000, surpassing the peaks seen in April and July by over 25,000.

This stark divergence in health outcomes may put a premium on the Australian Dollar, if the nation can successfully open borders without triggering a fresh outbreak in coronavirus cases. 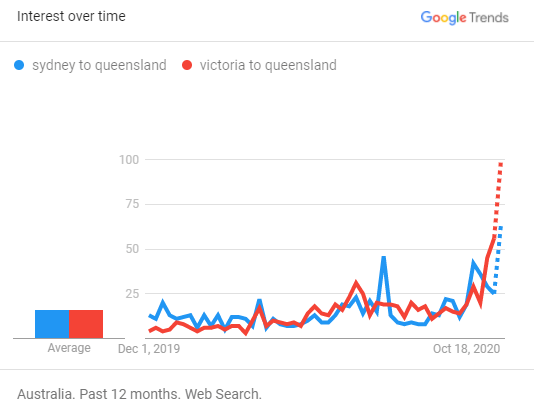 These positive developments, combined with a slew of positive economic data, may also diminish the probability that the Reserve Bank of Australia will ease monetary policy settings further.

The RBA delivered what appears to be its last interest rate cut – for the foreseeable future at least – in November, after stating that “the Board is not contemplating a further reduction in interest rates [and] continues to view a negative policy rate as extraordinarily unlikely”.

The central bank also noted that “recent economic data have been a bit better than expected and the near-term outlook is better than it was three months ago”.

The IHS Markit Composite PMI recorded its third consecutive month of expansion as activity in both the manufacturing and services sectors gathered pace, while the seasonally adjusted unemployment rate nudged up to 7% in October – below consensus estimates of a 7.2% print.

Therefore, Australia’s progressive return to normalcy may fuel a swifter rebound in economic activity and sway the RBA to keep its monetary policy setting steady, opening the door for the local currency to continue moving higher against its haven-associated counterparts. 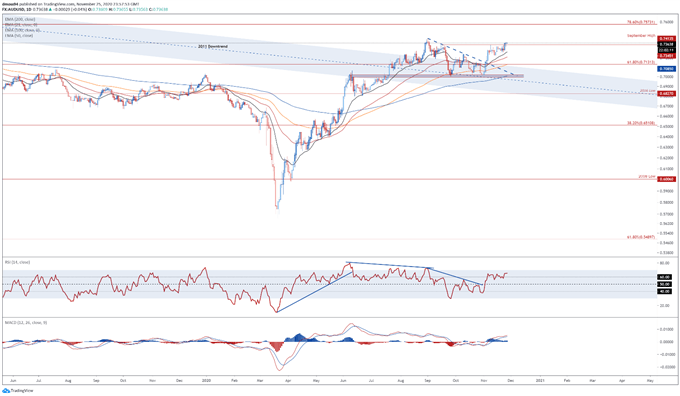 From a technical perspective, AUD/USD rates look poised to challenge the yearly high, after slicing through key psychological resistance at 0.7300.

With the RSI eyeing a push into overbought territory and the MACD indicator storming to its highest levels since early September, the path of least resistance seems to favour the upside.

Ultimately, a daily close above the September high (0.7413) is needed to signal a resumption of the uptrend extending from the March nadir and open the door for prices to challenge the 78.6% Fibonacci (0.7573).

Conversely, slipping back below September 16 high (0.7345) could neutralize near-term buying pressure and generate a pullback towards confluent support at the 100-day moving average and 61.8% Fibonacci (0.7131). 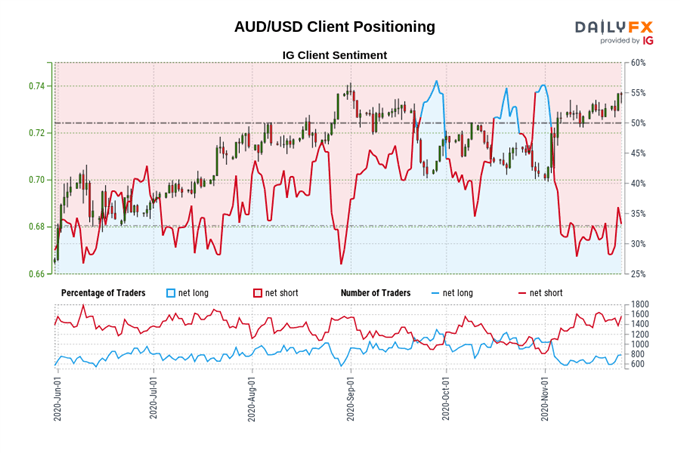 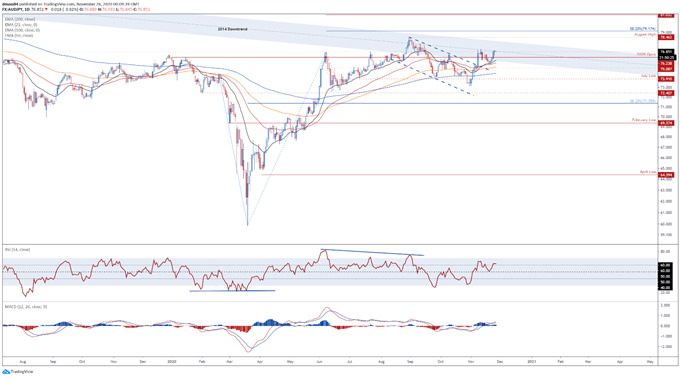 AUD/JPY rates could be at risk of reversing lower, as prices fails to breach the psychologically imposing 77.00 mark.

Bearish RSI divergence hints that the impulsive surge away from the trend-defining 50-DMA (75.63) could be running out steam.

Failure to hurdle the 2014 downtrend midpoint and the November 11 high (77.10) would probably ignite a pullback towards the yearly open. Breaching that likely bringing key support at 75.00 into play.

Nevertheless, with AUD/JPY tracking firmly above all four moving averages, any pullback may prove short-lived.

With that in mind, a daily close above 77.00 is needed to validate bullish potential and propel prices to challenge the yearly high set in August (78.46). 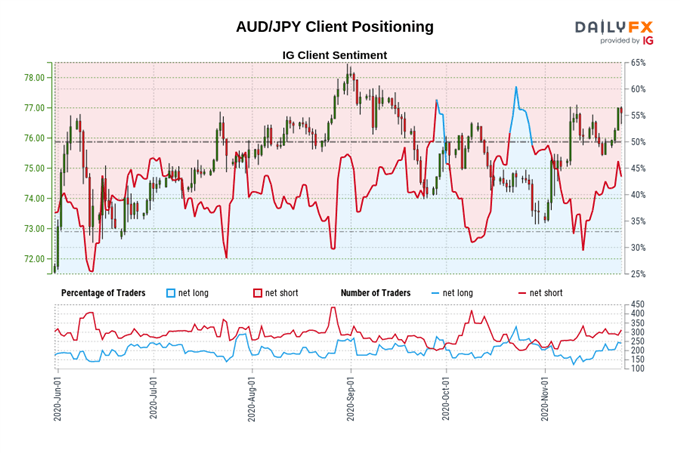