A travel bubble between Hong Kong and Singapore, which was originally planned to launch on Sunday, was delayed by two weeks after a spike in COVID-19 cases in Hong Kong. This may dent stock market sentiment, particularly the tourism-sensitive aviation, retail and entertainment segments. Japanese exchanges are shut for trading today. Investors are facing a shortened trading week as US markets will be closed on Thursday for the Thanksgiving holiday.

Pfizer has filed an emergency-use authorization for its Covid-19 vaccine to US regulators last Friday, and Moderna is about to do the same soon. Positive news from the world’s leading pharmaceutical companies may cushion the extent to which stock markets may pull back, although critical questions remain on the durability of the newly-developed vaccines as well as hurdles in the mass manufacturing, storage, transportation and distribution stages.

Inspired by vaccine news, WTI crude oil prices closed at a 11-week high of US$ 42.46. The price appeared to have broken above an immediate resistance at US$ 42.00 and may have opened the door for further upside potential towards US$ 43.80 – a key resistance.

On the macro front, a string of Markit PMI figures from Germany, the EU, UK and US are among the top events on Monday. Economists anticipate a broad cooling down in business activity sentiment across the major economies due to the pandemic’s impact. The service sector might be the worst to suffer from lockdown measures, with service PMIs in Germany and the UK expected to register a big contraction in October. Find out more on the DailyFX economic calendar. 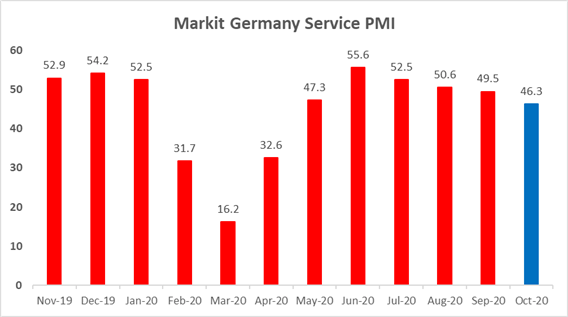 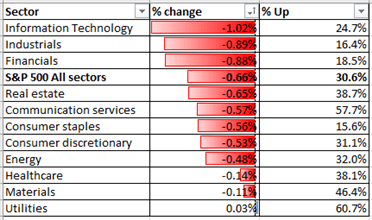 Technically, the S&P 500 index has likely broken a key resistance level at 3,550 and thus opened the door for further upside potential. Prices are consolidating at around 3,550, which has now became a support level. Near-term momentum appears to have turned bearish as the MACD indicator has likely formed a “Death Cross”. An immediate resistance level can be found at 3,606 – the 23.6% Fibonacci extension.

The Hang Seng Index (HSI) has likely formed a mini “Ascending Triangle” pattern over the past two weeks, with an immediate resistance level found at 26,560. Prices seem to have over-stretched an early-November rally and thus are taking a pause these days. The overall trend remains bullish-biased, as suggested by the upward-sloped Simple Moving Averages (SMAs). The MACD indicator has likely turned bearish however, suggesting a short-term correction is possible.

The ASX 200 index defied gravity and moved higher, breaking a key resistance level at 6,530 – the 76.4% Fibonacci retracement. The overall trend appears bullish-biased after breaking the 6,530 resistance, which has now become an immediate support level. An immediate resistance can be found at 6,640 – the 38.2% Fibonacci extension.