WTI crude oil prices edged up amid “risk on” sentiment after Joe Biden secured 290 electoral votes in the US presidential election, paving way for his presidency for the next four years. The election outcome appears to be favored by investors, who did not hesitate to bid on risk assets. A falling US Dollar is also lifting commodity prices to some extent as demand for safety fades. The US Dollar index is trading at its lowest level in more than two months.

The president-elect has made his supportive stance on renewable energy clear and may tackle fossil fuel subsidies, exerting downward pressure on crude oil prices in the medium to long term. Besides, as two seats in Georgia are headed to runoffs on January 5th, the Senate election results may not be revealed until early January. The unresolved status in the Senate is dampening the prospects of an immediate relief package, which was perceived as one of the key driving factors behind oil prices.

The fundamental outlook remains cloudy too in the wake of rapidly rising coronavirus cases in most parts of the EU and the US. Crude oil prices might be walking a tightrope in view of weaker demand prospects.

More than 6.9 million new Covid-19 cases were reported globally in the past 14 days, marking a record high. The US alone registered more than 120k new infections on 7th November, marking a cross above 100k for four days in a row. More stringent lockdown measures and border controls around the globe may have a significant impact on energy demand in the winter. The ongoing pandemic could mean that – without a major production cut from the oil producers - supply may continue to outpace demand. 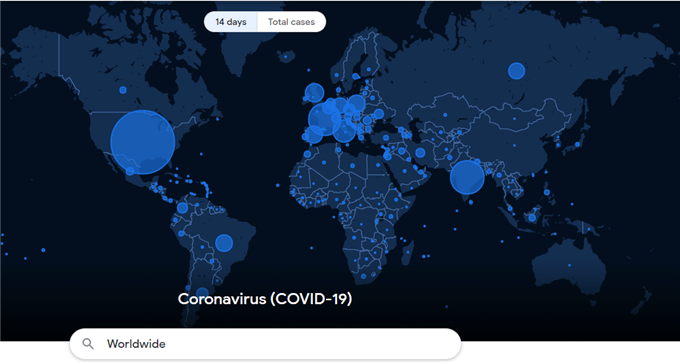 The next EIA crude oil inventory report will be released on November 13th. The historic negative correlation between crude oil prices and DOE inventory changes can be viewed in the chart below. A much larger-than-expected rise in stockpiles may weigh on oil prices, whereas a larger draw may result in the opposite. 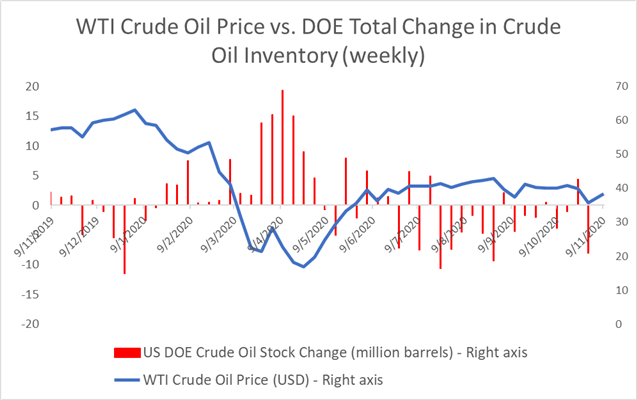