The Australian Dollar initially spiked lower against its major counterparts, as the Reserve Bank of Australia cut the Official Cash Rate (OCR) and target for the yield on the 3-year government bonds to 0.1%.

The central bank also introduced a $100 billion government bond purchasing program targeting “maturities of around 5 to 10 years over the next six months [and] remains prepared to purchase bonds in whatever quantity is required to achieve the 3-year yield target”.

However, Governor Phillip Lowe and the committee noted that “encouragingly, the recent economic data have been a bit better than expected and the near-term outlook is better than it was three months ago”, adding that “the outlook remains dependent on successful containment of the virus”.

This could suggest that further monetary easing from the RBA is off the table in the near to medium-term, if economic data and local health outcomes continue to trend in the right direction.

Nevertheless, the introduction of a $100 billion Quantitative Easing (QE) program could drag on the Australian Dollar in the near term, as attention shifts to the upcoming US presidential election and Federal Open Market Committee (FOMC) meeting later this week. 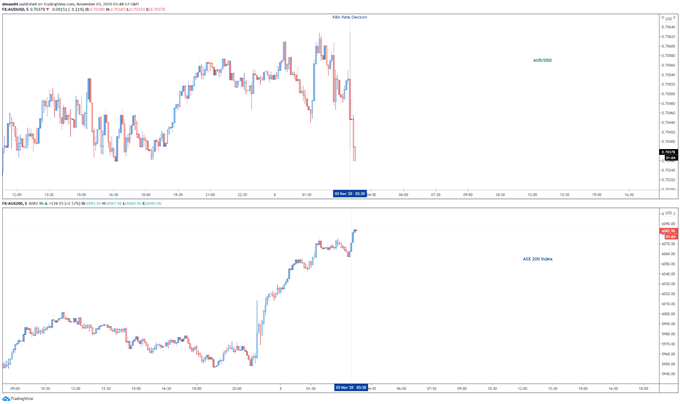 Return to Normalcy to Underpin AUD

Australia’s relatively successful approach to the coronavirus pandemic could underpin the local currency against its major counterparts in the near term, as the nation records no locally acquired infections for the first time since June.

Indeed, recent fundamental data shows that the easing of restrictions in Melbourne, Australia’s second most populous state, is allowing the economy to accelerate its recovery from the March nadir, with the Ai Group Australian Performance of Manufacturing Index soaring to 56.3 (prev. 46.7) and job postings increasing by 9.4% (prev. -2.3%) in October.

The local housing market has also bounced back robustly on the back of the nation’s progressive return to normalcy, with new homes sales and building permit data for the month of September exceeding market expectations. 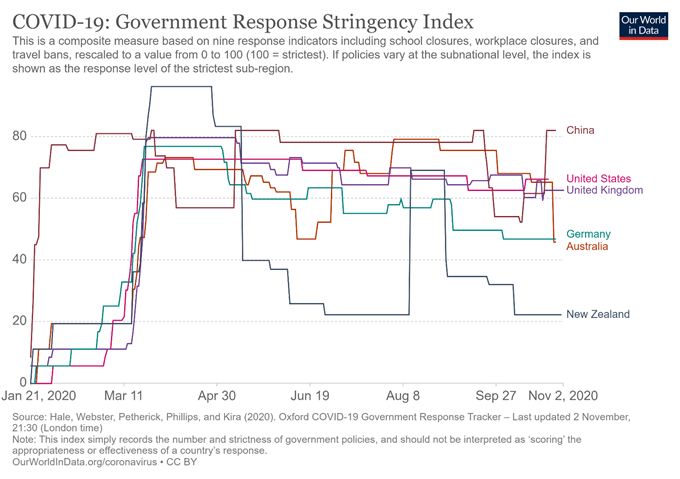 Moreover, Victorian Premier Dan Andrews could ease restrictions further in the coming weeks, as the nation’s second largest state records no new coronavirus cases or deaths for the fourth consecutive day and the 14-day moving average of infections falls to 1.9.

The next stage of the Premier’s ‘reopening roadmap’ requires the state to register no new community-acquired cases for at least 14 days.

Therefore, it appears the local currency could be poised to outperform if the current health trends persist and allow for additional relaxation of restrictions. 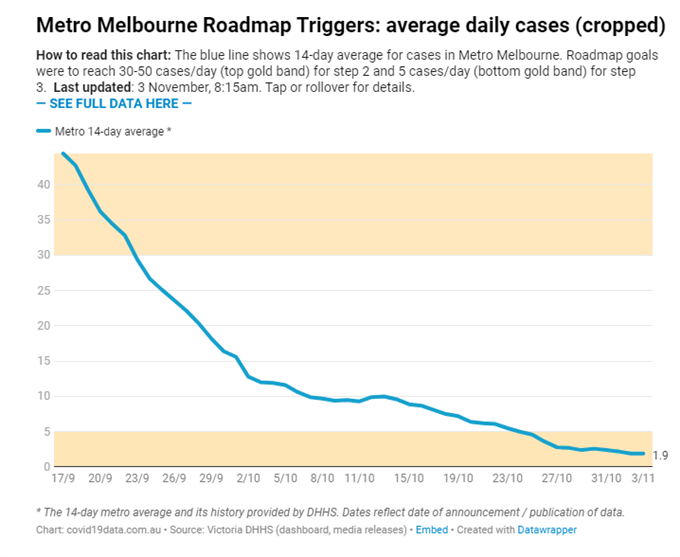 However, escalating tensions with China may hamper the trade-sensitive AUD, as Beijing moved to block timber imports from Queensland and suspended barley trade with agricultural firm Emerald Grain.

As noted previously, these measures are the latest in a tit-for-tat exchange that has seen Australia’s largest trading partner impose 80% tariffs on barley exports, launch an anti-dumping and anti-subsidy probe into the country’s wine, and verbally ban imports of Australian thermal and coking coal.

Given China accounts for 40% of Australia’s exports, a marked deterioration in relations would have devastating consequences for the local economy and could possibly lead to $80 billion worth of iron ore exports falling into the Asian powerhouse’s crosshairs.

To that end, the development of this pivotal relationship should be intently watched by market participants, with a notable escalation in trade-based actions more than likely fuelling a period of risk aversion and in turn hampering the performance of the Australian Dollar. 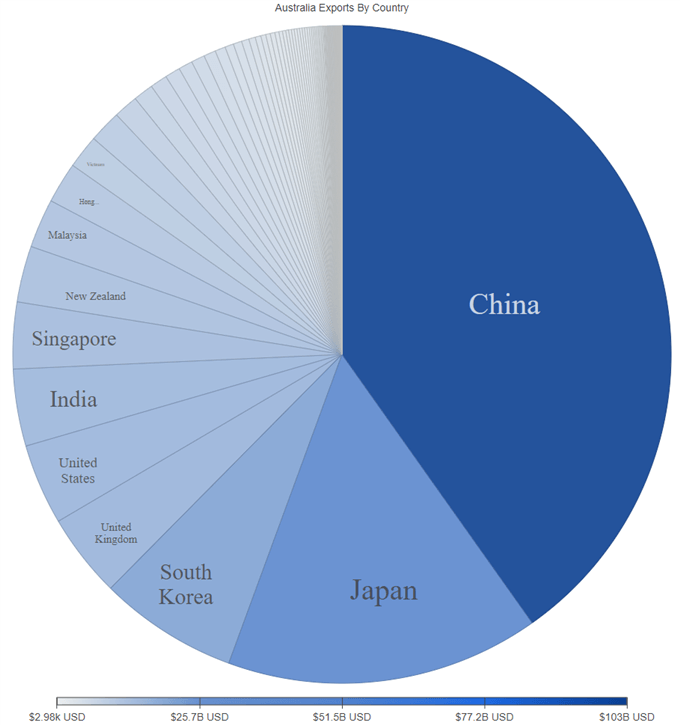 From a technical perspective, AUD/USD rates could be poised to move higher, as price continues to consolidate in a Descending Triangle pattern above range support at 0.7000 – 0.7020 and the 2011 downtrend.

That being said, with the RSI and MACD indicator travelling below their respective neutral midpoints, the path of least resistance seems skewed to the downside.

A daily close above the October high (0.7158) would probably ignite a push to test the psychologically imposing 0.7200 mark. 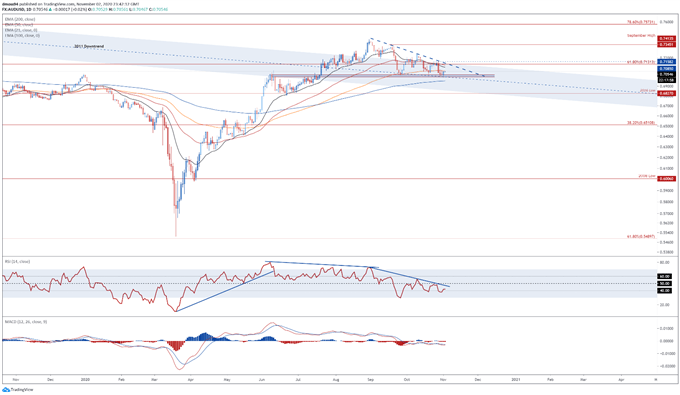