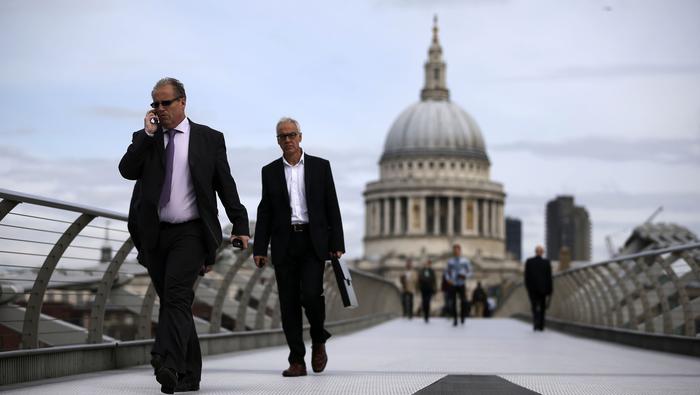 The Dow Jones Industrial Average (Dow) had a ‘V-shaped’ rebound on Thursday and closed marginally lower at 28,494, fueled by renewed hopes for a relief aid that is critical to the recovery of the world’s largest economy. House Speaker Nancy Pelosi said that the stimulus package won’t wait until January, while President Trump said he’d go ahead with a US$ 1.8 trillion package, according to Bloomberg. This contrasted a dismal picture painted by Treasury Secretary Steven Mnuchin, who made it clear that the chances of a deal before the election remained thin earlier this week.

Market sentiment, however, was fragile as a second viral wave seemed to have ramped up in parts of the world, leading to partial lockdowns and travel restrictions. US initial jobless claims unexpectedly tiled up last week, showing early signs of weakness in the employment market. The actual reading came in at 898k, versus a 825k forecast. The US dollar climbed to a one week high of 93.8, pointing to resurging demand for safety. 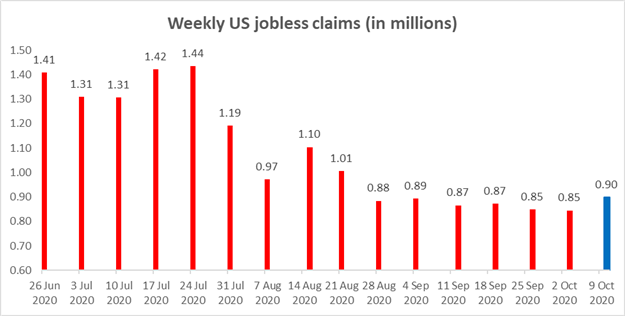 Corporate earnings continued to deliver more positive surprises, which may help to cushion the downside of stock markets’ consolidation. All of the five S&P 500 constituents, which released their Q3 results on Thursday, beat analysts’ forecasts (table below). Honeywell and Bank of New York Mellon are among the major US companies to release earnings on Friday, alongside US retail sales and the University of Michigan consumer confidence data.

Sector-wise, 6 out of 9 Dow Jones sectors closed in the green, with more than half of the indexe’s constituent companies rising on Thursday. Energy (+0.77%), consumer discretionary (+0.59%) and consumer staples (+0.53%) were leading, whereas information technology (-0.89%) and healthcare (-0.29%) were lagging. 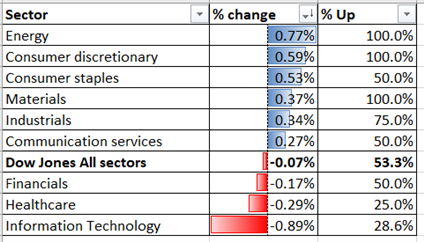 Technically, the Dow appeared to have entered into a consolidative period after coming off a six-week high. Fibonacci retracement drawings (chart below) suggest that immediate support levels can be found at 28,390 (23.6%) and then 28,040 (38.2%). The 20-Day and 50-Day Simple Moving Average (SMA) lines can also be viewed as dynamic support levels. 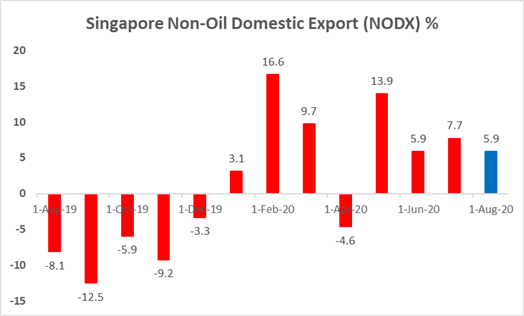