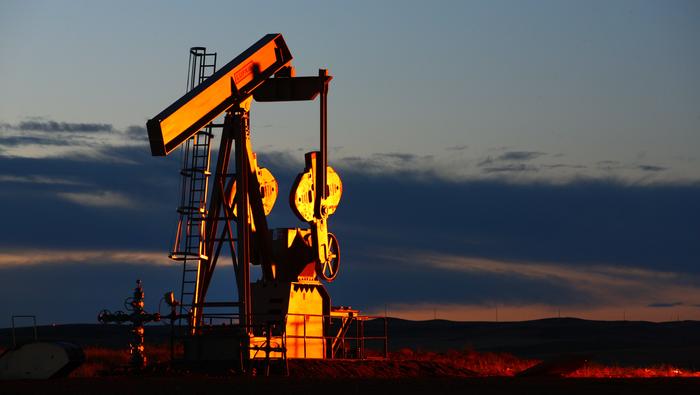 WTI crude oil prices erased some gains after advancing nearly 2% on Tuesday, as Democrats’ rejection of Republicans’ small-scale stimulus proposal dampened risk sentiment. A string of upbeat US corporate earnings reports released on Tuesday failed to boost confidence on Wall Street, which saw major indices retracing from their recent highs. Asia-Pacific stocks were mostly in the red too..

Haven demand fueled a rally in the US Dollar, which advanced 0.36% against its major peers. A stronger USD Dollar may exert downward pressure over commodity prices. Their inverse correlation in the past 12 months can be seen in the chart below. Crude oil prices have also exhibited negative correlation with US inventory data over the past 12 months. Falling crude stockpiles would likely underpin WTI prices, and vice versa. EIA will release the latest data on October 15th.Read more on oureconomic calendar.

Commercial US crude oil inventories have been falling since mid-June 2020, but the pace of decline has slowed down in recent weeks (chart below). This might point to a tepid outlook for energy demand, as a second viral wave seemed to have emerged alongside a softening US jobs market. This underscores the importance of the ongoing US fiscal stimulus package, the approval of which may boost growth prospect and government hiring. 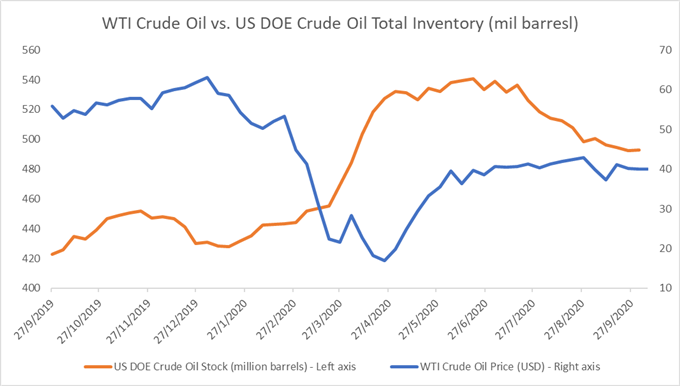 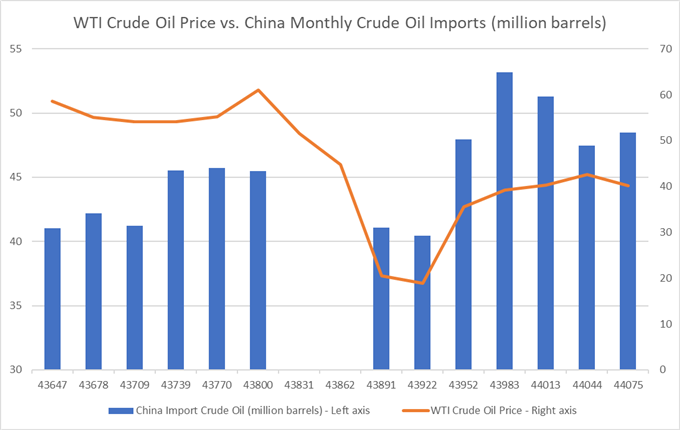 Technically, WTI crude oil prices entered a period of consolidation in early September. In the past six weeks, prices have been mostly ranging between US$ 36.50 to 41.00 waiting for more clarity in terms of future direction. Bollinger Band width has narrowed significantly, suggesting that range-bound conditions may continue to dominate. In the near term, the 20-Day SMA line ($39.80) may serve as an immediate support, followed by the lower bound ($ 37.80) of the Bollinger Band. Immediate resistance can be found at US$ 41.00-41.50 zone.