The island-nation’s response to the initial outbreak in March was touted as one of the best in the world and had allowed New Zealanders to return to a level of normalcy over the past three months. The unemployment rate in the second quarter fell 0.2% and manufacturing PMI data for July showed the sector continued to expand as restrictions eased and the local economy emerged from hibernation.

However, Ardern’s commitment to “keeping with our precautionary approach and New Zealand’s philosophy of going hard and early” is likely to hamper economic progress in the near-term, as the Prime Minister moved to “maintain the current settings for a further 12 days, bringing us to a full two weeks in total”. 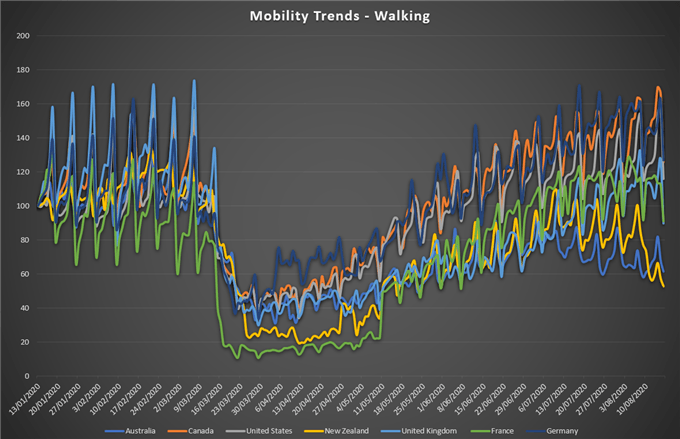 Although a two-week period is hardly extensive, the impact of restrictions is likely to be significant and is immediately reflected in high-frequency mobility data. With the number of residents driving and walking substantially declining to the lowest levels since late-May.

Of course, this drop off in mobility is due to the imposition of not just stage-three restrictions in Auckland but stage-two restrictions nationally.

Nevertheless, it is reflective of an economy at risk of unwinding the progress made since emerging from enforced dormancy just over two months ago.

With that in mind, the New Zealand Dollar may fall out of favour with investors ahead of Ardern’s scheduled reassessment of restrictions on August 21. 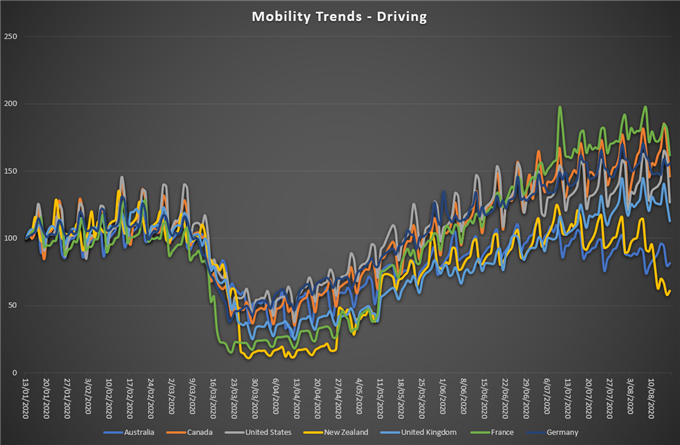 The Reserve Bank of New Zealand certainly didn’t hold back at its August meeting, expanding “the Large-Scale Asset Purchase (LSAP) programme up to $100 billion” and flagging the potential deployment of “additional monetary instruments”, such as negative interest rates and foreign asset purchasing.

Unsurprisingly, the New Zealand Dollar plunged after the announcement and may continue to come under pressure as the RBNZ notably highlighted “that a rise in the New Zealand dollar exchange rate has moderated local exporters’ incomes”. Perhaps in justification of the potential future introduction of alternative monetary policy measures.

Although the central bank is expected to keep the official cash rate at 0.25% “for at least a year”, it noted that it “could choose to initiate large-scale purchases of foreign assets [that] would create a flow of demand for foreign currency in exchange for New Zealand dollars, putting pressure on the exchange rate”.

The mere whisper of foreign exchange intervention, alongside the possible implementation of a currency-devaluing negative interest rate policy, will likely result in an increased sensitivity in NZD rates to upcoming economic data.

Better-than-expected economic releases probably underpin the currency against its major counterparts and temper the need for the RBNZ to resort to such drastic measures.

Conversely, underwhelming data is more than likely to intensify any potential sell-off as investors rapidly price in the provision of additional monetary stimulus. 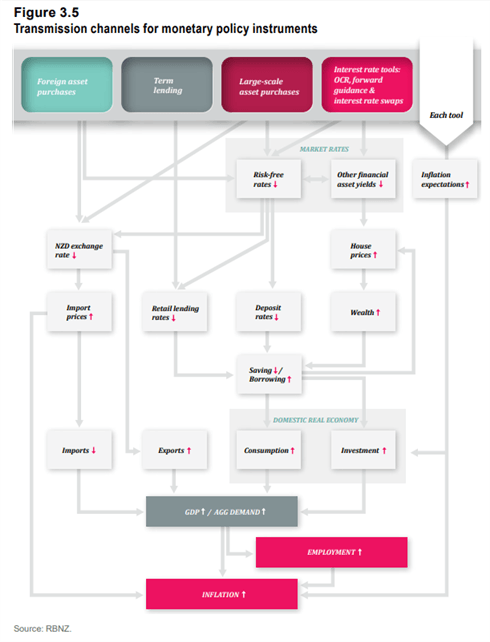 Fundamentals aside, the outlook for NZD/USD rates is skewed to the upside as price remains constructively perched above the trend-defining 50-day moving average and the RSI climbs over its neutral midpoint.

The MACD indicator appears to be gearing up for a bullish cross-over, which may intensify buying pressure in the coming days and result in NZD/USD resuming the uptrend extending from the yearly low (0.5469).

Furthermore, price has been guided higher by a bullish Ascending Channel over the last 12 weeks and with it still intact, a surge back towards the 2020 open (0.6733) looks in the offing.

A daily close above the 21-DMA (0.66250 could invigorate buying pressure and generate a push to test the monthly high (0.6689). With a close above last month’s high needed to validate bullish potential. 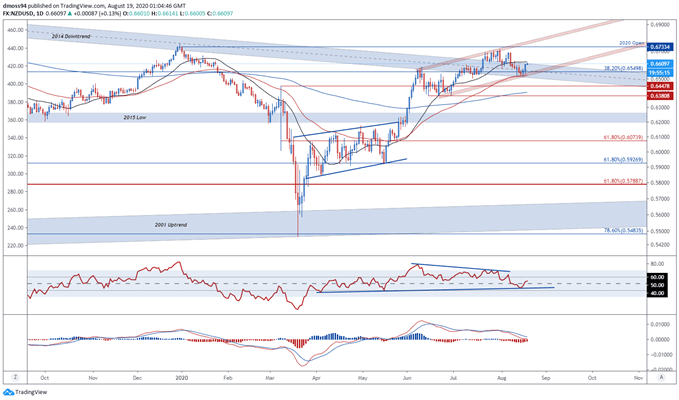