Q3 sees an interest market dynamic with US earnings season underway and a possible COVID-19 vaccine on the horizon. The US Dollar has shown substantial weakening across G10 and EM currencies which is reflected on AUD/USD as well. Technicals reveals price action at a crossroads with market hesitancy brewing. A few weeks ago I wrote a piece on the AUD/USD bull pennant that has since filled as the pair has pushed up to fresh year highs. Aussie bulls have since reached another point of resistance, will AUD/USD find additional impetus to push above this key zone or will bears take over? 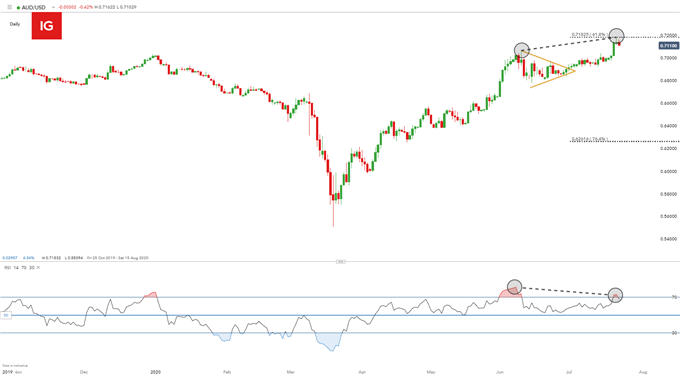 The daily chart above shows the clean break above the diagonal upper resistance of the bull pennant (yellow). Price has since rallied even further to which is now hovering under 0.7182 (61.8% Fibonacci level) – Fibonacci taken from March 2001 low to June 2011 high. Some bearish divergence is evident as seen by the Relative Strength Index (RSI) with price rising while the RSI is comparatively declining. This contrasting movement may be construed as a potential reversal in price direction. 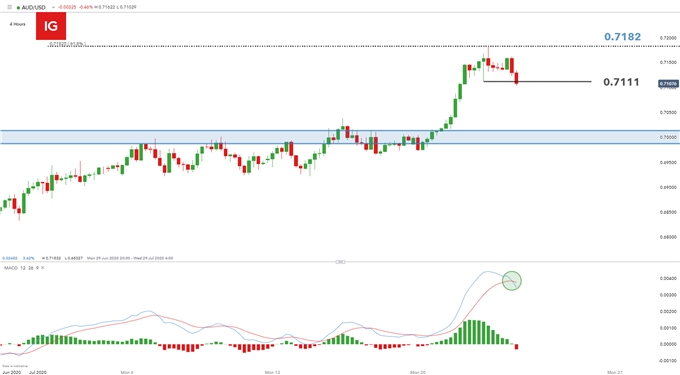 Today initial price action can be seen consolidating within the 0.7111 and 0.7182 range. The formation of several doji candlesticks hints at uncertainty by both bulls and bears. At this point in time, bears can be seen defending the 0.7182 (61.8% Fibonacci level) however, price has recently broken below the 0.7111 level of support which may signal a possible change in trend. It will be interesting to see whether this break below support holds and continues the downward move. Market participants may be seeking some form of fundamental catalyst to induce a stronger directional bias.

Next week sees several high impact economic events in both the US and Australia respectively (calendar below). This could be the stimulus traders need to end this short-term indecision. Although next week will provide many macroeconomic influences on the pair, Australia has announced an estimated budget deficit of $132 billion in the new fiscal year. This will become a record figure post WWII. The source of this enormous deficit came largely as a result of a surge in government spending in an attempt to mitigate the impact of COVID-19 on the economy. This deficit may indicate a possible extended decline in price to the succeeding zone of support (blue rectangle).

Further bearish backing stems from the MACD indicator which shows the MACD line (blue) crossing below the signal line (red) – highlighted in green. 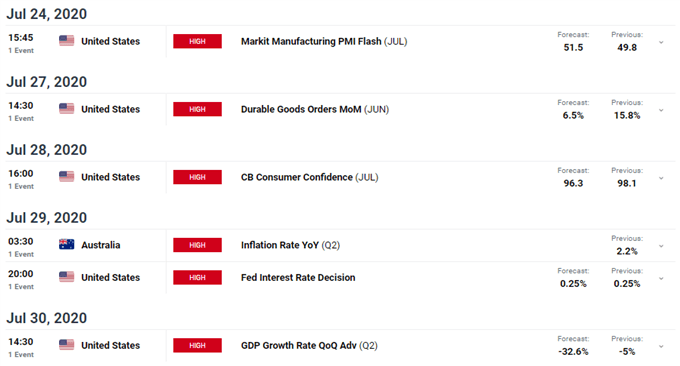 Technical and fundamental analysis appear to be skewed toward bearish potential nevertheless, a breach of topside resistance cannot be ruled in the current market environment.

IGCS shows retail traders are net short on AUD/USD, with 65% of traders currently holding short positions (as of this writing). At DailyFX we typically take a contrarian view to crowd sentiment, and the fact traders are net-short is suggestive of a price reversal to the upside however, with the change in long positions exceeding that of short positions the signal suggests a bearish preference.

US Dollar Wrecking Ball, Euro and GBP Under Pressure 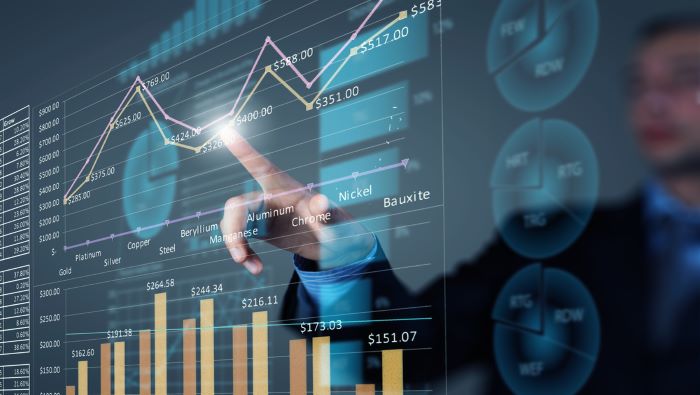