A ‘second wave’ of coronavirus infections in Australia’s second most populous state, Victoria, may lead to the imposition of further lockdown restrictions as 12 suburbs within the greater-Melbourne area were placed under strict stay-at-home orders on July 1.

Recording a further 74 cases overnight, the state is single-handedly holding back the nationwide easing of restrictions with the Australian Medical Association (AMA) urging local premiers to halt their roll-back plans until the outbreak in Victoria is brought under control.

In a desperate effort to suppress the outbreak Victorian Premier Daniel Andrews has also implemented ‘hard’ lockdowns for 9 Melbourne tower blocks, resulting in 3,000 residents restricted to their apartments for at least five days, after a surge of cases linked back to the “vertical cruise ships”. 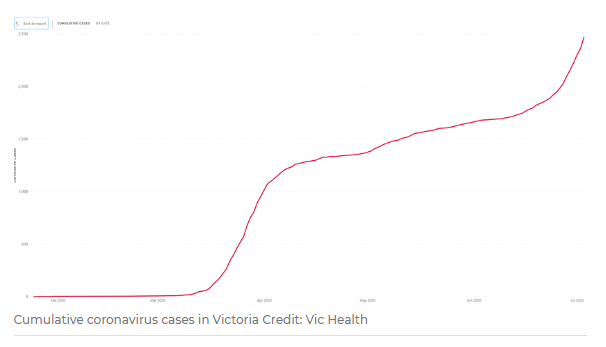 Given the reliance of the local economy on tourism, these recent developments may continue to hamper the opening of state and territory borders resulting in further losses to an industry decimated by lockdown restrictions and social distancing measures.

To that end, inability to successfully contain the outbreak could potentially fuel risk aversion, leading to a discounting of growth-sensitive assets such as the ASX 200 and AUD/JPY exchange rate. 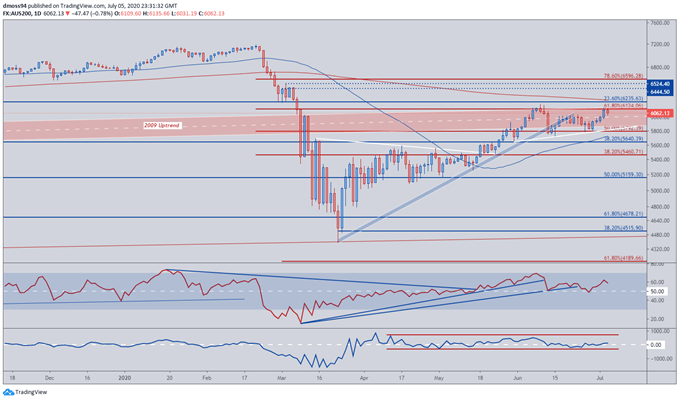 Although the Momentum indicator has notably strengthened into positive territory the development of the RSI suggests that more sustained pull-back may be on the cards, as it reverses just shy of the bullish region above 60.

Support at the psychologically pivotal 6,000 level may continue to act as a safety net for would-be buyers as the steepening of the 50-day moving average (5,730) suggests bias remains skewed to the topside. 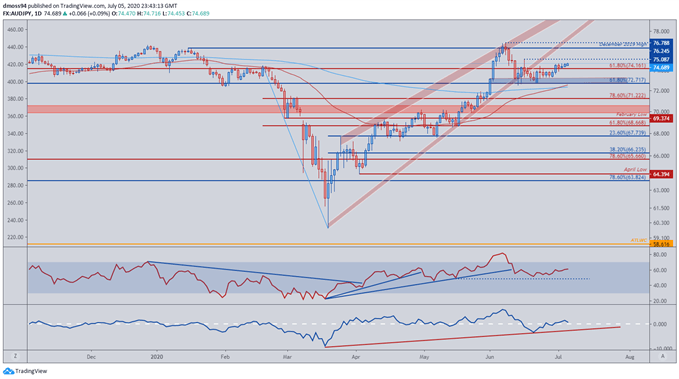 AUD/JPY remains constructive above support at the 61.8% Fibonacci (74.16) as a bullish cross-over on the moving-averages suggests a potential test of the December high (76.245) could take place in the coming days.

However,resistance at the June 16 high (75.08) may potentially cap further upside should the RSI fail to strengthen into overbought territory as the Momentum indicator suggests a correction back to support at the 61.8% Fibonacci (72.72) could eventuate.

Inability to hold this key level could signal a reversal of the rally from the March lows, with price clearing the 200-DMA (72.31) potentially leading to a retest of support at the psychologically pivotal 70 handle.