The DAX 30 has enjoyed added time in the spotlight in recent weeks, although not for good reason as an accounting scandal at Wirecard revealed billions in missing funds that may be nonexistent altogether. As a result, the stock’s share price crashed from roughly 105 Euro per share two weeks ago to just 3 Euro per share this week. Unsurprisingly, the price decline led to an evaporation of the stock’s market capitalization which has seen Wirecard tumble down the ranks of the DAX 30 index.

Now worth a pittance compared to what it once was, Wirecard is destined for removal from the German equity index which means another stock will graduate to the country’s most widely-watched stock basket. According to Deutsche Börse Group, the operator of the DAX 30 index, components are chosen by market capitalization and trading volume which typically propels the largest member of the MDAX to become a smaller – if not the smallest – component on the DAX 30. 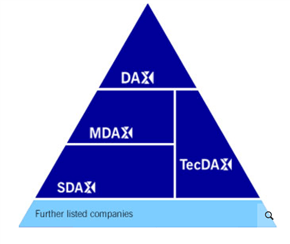 To that end, current market pricing would suggest Airbus is the stock destined to replace Wirecard as it is currently the corporation with the highest market capitalization on the MDAX, accounting for more than 9% of the index – but it is already listed in France on the CAC 40. Thus, it seems more likely Deutsche Börse will elevate another MDAX member in place of Airbus.

Looking down the list of components, two alternatives to Airbus are Delivery Hero and Symrise AG. Both stocks are effectively equal in market value as a single volatile session could see the two swap places. To that end, it seems either of the companies could be promoted to the DAX. While the existence of specific stocks on an index is important, I would argue the sectorial makeup of an index has a larger impact on price performance over time than the individual stocks at hand. 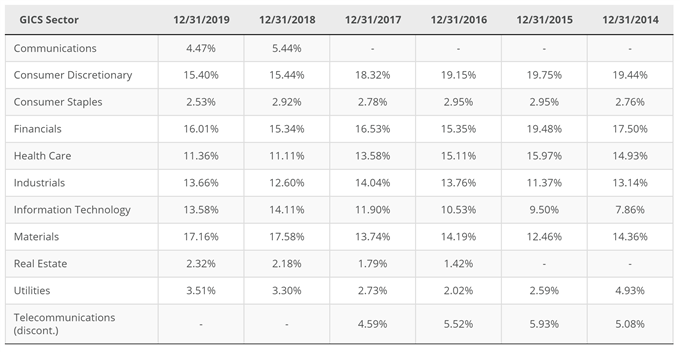 With that in mind, the eventual removal of Wirecard will see technology’s share on the DAX 30 dwindle while the materials or consumer discretionary industries will enjoy a boost, although both are already two of the largest sectors by weight. Consequently, the DAX 30 will reduce its exposure to growth-leading industry in technology and align more closely with a sector that is more tightly correlated with economic activity which could see the index lose out against the likes of the Nasdaq 100 – a collection of stocks which has led the way in recent years.

Further still, coronavirus has had an undue impact on sectors tied to economic growth and many analysts harbor concerns regarding the appetite of consumers in the coming months. All in all, the downfall of Wirecard not only undermined the status of German and European technology companies, but may also render the DAX more vulnerable to some of the current headwinds facing global equity markets.

That said, the transition has not been finalized or even publicly initialized, and it is still uncertain as to when Wirecard will be removed – although September 3, 2020 appears to be the next date the DAX 30 will undergo its quarterly composition review according to Deutsche Börse Group (and it is still unclear whether Wirecard will be removed at the September review). In the meantime, follow @PeterHanksFX on Twitter for updates and analysis on the future of the DAX 30.