The New Zealand Dollar plunged 0.8% after the RBNZ said it remains “prepared to provide additional stimulus as necessary”. Keeping the official cash rate (OCR) steady at 0.25%, the committee maintained “the balance of economic risks remains to the downside”.

As the central bank “continues to prepare for the use of additional monetary policy tools”, uncertainty remains as to “whether the monetary stimulus delivered to date is sufficient to meet its mandate”.

Highlighting the “further pressure on export earnings” due to the recent “appreciation of New Zealand’s exchange rate” suggests the RBNZ may be considering future currency intervention, in combination with an expansion of the $60 billion Large Scale Asset Purchase (LSAP) programme, to continue to support the economic recovery.

Looking forward, the central bank “will outline the outlook for the LSAP programme” and “our readiness to deploy alternative monetary policy tools in our August statement”, with the implementation of yield curve control and negative interest rates remaining viable possibilities. 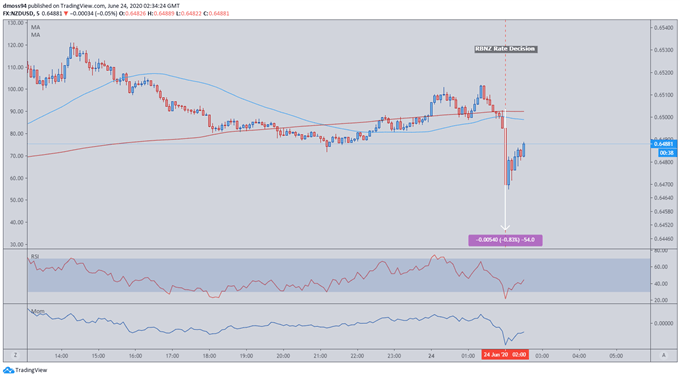 Tourism to Drag on Economic Recovery

The Organization for Economic Co-operation and Development (OECD) commended New Zealand’s “swift and decisive response” to COVID-19, in their half-yearly economic outlook report released in June, as the island nation “successfully contained the virus outbreak, saving lives and allowing the economy to reopen faster”.

However, these “strict containment measures” came at a cost for the local economy, as gross domestic product (GDP) is “projected to shrink by nearly 9% in 2020 and only return to the pre-crisis level by the end of 2021”.

Although New Zealand’s success in suppressing the virus resulted in the easing of all coronavirus restrictions on June 8, Prime Minister Jacinda Ardern urged “now is not the right time” to be “more liberal at the borders”, after a lapse in quarantine protocols resulted in a resurgence of new cases.

With the tourism industry accounting for “about 10% of GDP and 20% of exports in 2019”, and the local border “likely to remain closed to foreign visitors until at least early 2021”, the headwinds facing the economic recovery remain immense.

The announcement of a possible ‘Trans-Tasman’ travel bubble, allowing Australians and New Zealanders to travel freely between the two countries, could provide a much-needed boost to the service-based economy.

However, the recent surge of coronavirus cases in Victoria may jeopardise the implementation of this much desired scheme and could see some of the sting taken out of the New Zealand Dollar’s three-month rally.

The sensitivity of the New Zealand Dollar to US-China trade headlines was highlighted yesterday, as the risk-associated currency plunged in response to comments from White House trade adviser, Peter Navarro, suggesting the ‘phase 1’ agreement signed in January was ‘over’.

Although this collapse proved to be short-lived, as Navarro stressed his words had “been taken wildly out of context”, it exemplifies the influence the relationship between the world’s two largest economies has on risk assets in general.

Focus will remain on the development of this relationship, with further escalation possibly fueling a decline in the trade-sensitive currency. 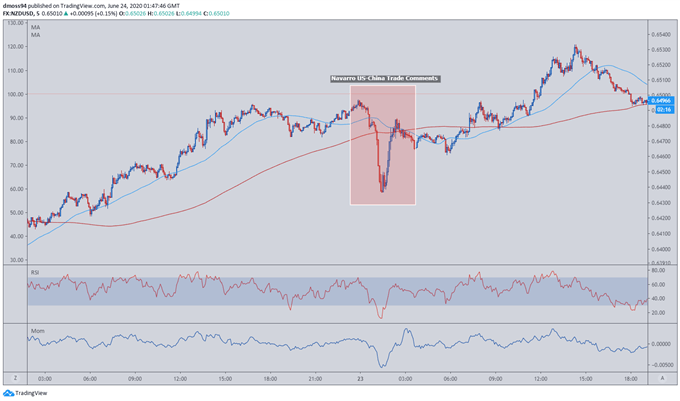 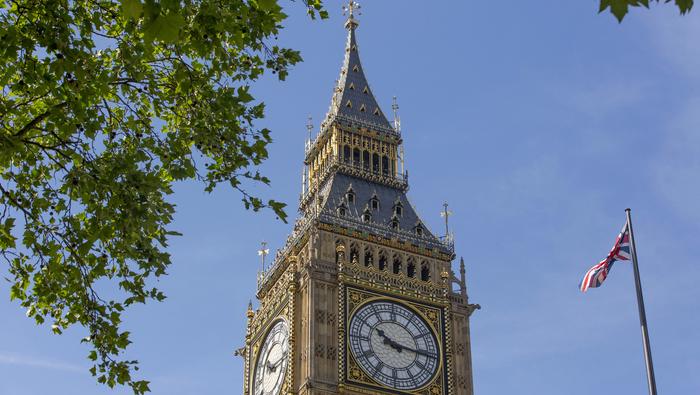