Late in the US session, the risk rally faded into the Wall Street close after President Trump announced that he will hold a press conference on US measures against China concerning the recent passing of the Hong Kong Security Bill. In turn, with sanctions against Chinese officials likely to be the main outcome, alongside a potential change to Hong Kong’s special trading status with the US. This will mark a fresh escalation in the tensions between the US and China, where the latter has already vowed to announce countermeasures if the US interferes with internal affairs. Therefore, risks are rising for a pullback in risk sentiment.

Another factor to keep in mind is month-end rebalancing. As it stands, major investment bank models have touted USD selling, given the outperformance in US equities relative to its counterparts over the past month. In turn, we will be playing a close eye in the run-up to the London fix at 1600BST (Figure 1) . Signs are that month-end has already had an impact on the US Dollar, which has seen a notable pullback throughout the week. Interestingly, despite equities seeing modest softening, the typically safe-haven USD has weakened as well, which has been a rare occurrence as of late, given the increasingly negative correlation between the US Dollar and risk assets.

With that said, given that the tensions between the US and China are likely to persist, we still that risks are skewed towards the upside for the US Dollar in the mid-term. 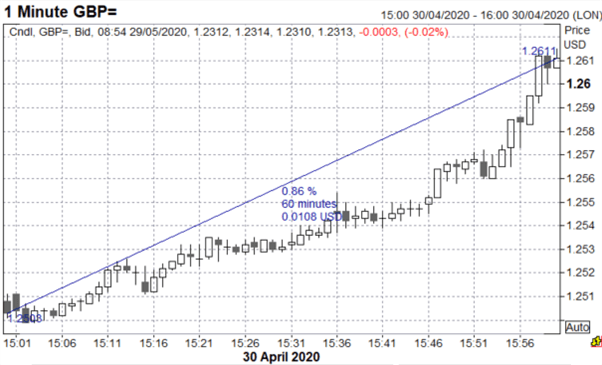