The New Zealand Dollar slipped markedly on Tuesday as the country’s Prime Minister Jacinda Ardern reportedly cautioned people to remain at home if possible, reminding investors that the struggle against coronavirus will be long even in countries where it has been most successful so far.

Further falls for crude oil, despite this month’s heavy production cuts, have also weighed on growth correlated assets like the Kiwi, Australian Dollar and equities.

NZD/USD nosedived after reported comments from Ardern, although they were in themselves hardly shattering, urging continued vigilance against the disease. 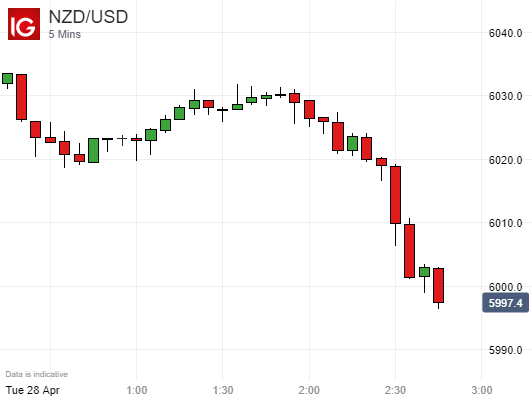 New Zealand claimed on Monday to have eliminated the virus and is in the process of ramping down its alert level.

Ardern has won plaudits worldwide for her handling of the pandemic and, while the Kiwi’s reaction seems overdone in relation to her uncontroversial comments, those remarks did serve as a reminder that the coronavirus will remain an economic factor for a long time to come, even in economies prepared to claim that they have won the fight against it.

NZD/USD has bounced back strongly from it March lows as all such growth-correlated assets took comfort from a range of massive global stimulus programs aimed at ameliorating the virus’ economic effects. 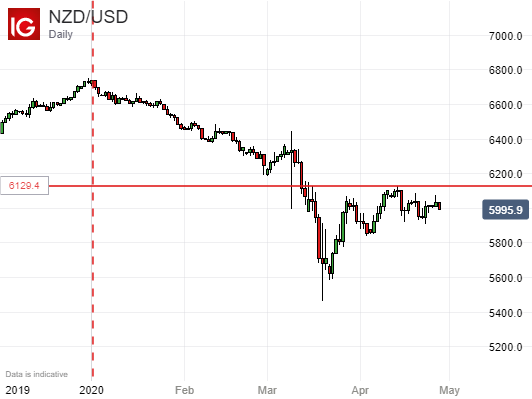 However it remains below the recent highs of mid-April with financial markets apparently willing the reopening of economies to succeed but far from certain that it will.