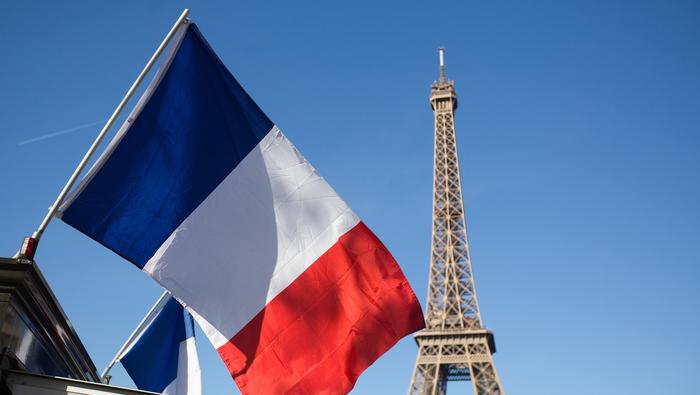 The CAC 40 moved lower on Tuesday as it backed off resistance around 4,500 yet again. While continued tests of the level suggest persistent bullish appetite, multiple failures begin to hint at an unwillingness amongst bulls to press any higher at this stage. Still, the index has nearby support to employ and a widespread risk-on appetite should benefit the CAC 40 in the weeks ahead.

In the meantime, bears may look to drive the index to nearby support at 4,140 where price has been rescued twice in April already. Now, however, a trendline projection exists between the spot price and lower barrier, which may provide another hurdle for bears to surmount – making it marginally more difficult to establish progress. At present, the projection resides around 4,200 and may assist the CAC 40 in a gradual melt higher but it also runs the risk of offering resistance should price fall beneath.

Either way, the possible technical level is another spot to watch for CAC 40 traders as the index looks to climb alongside its counterparts – the DAX 30 and FTSE 100. In pursuit of a continuation higher, a break above the recent swing high at 4,580 on March 29 would be an encouraging development that could indicate further gains. That being said, some traders may view recent price action as mere consolidation before the next leg higher – not a sign of waning bullishness – and moving away from oversold territory on the hourly chart may suggest similar.

Using a longer timeframe, we can observe pinball-like price action between resistance at 4,580 and support at 4,140 with the various levels in-between serving only as intraday influencers. If this pattern continues, a trading range may develop which would offer up opportunities to those traders who specialize in range-bound charts. Until then, it seems the CAC 40 may remain under resistance as it looks to consolidate further, and investors sort out the technicalities of the fundamental landscape in the shorter-term.

In the weeks and months ahead, however, the CAC 40 is likely destined higher as French President Emmanuel Macron vowed no business would fail due to coronavirus and new cases seem to be slowing in the country. Thus, it seems the fundamental backdrop is steadily improving while IG Client Sentiment Data sees retail traders confident in another leg lower – indicating price may do the opposite.