Though there are some initial bright spots in the global fight against the coronavirus (COVID-19), the virus continues its spread around the world – with 1.28 million confirmed cases globally as of Monday. The effects of the virus are permeating into the tangible economic and financial space with the governments taking steps to purposefully shutting down their economies in order to stymie the contagion. It is this calculated influence on the direct economy and financial system that has taken over for market movement, but headlines around the blight can still trigger fear in the markets.

Case-in-point for the market’s attention and sensitivity to the news was the response that UK Prime Minister Boris Johnson was admitted to the Intensive Care Unit Monday afternoon as his condition reportedly worsened through the day. According to Downing Street, the move was a precautionary one, but the markets were not as sanguine as the tone of the official announcement. In the 10 minutes that followed the news, GBPUSD dropped over 0.4 percent.

Chart of GBPUSD with 1-Bar Rate of Change (10-Minute) 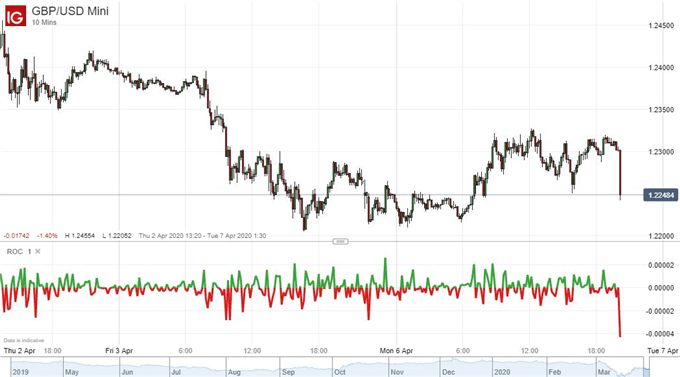 The British leader was diagnosed with the coronavirus some 10 days ago, but until recently, he had been performing his duties with no apparent detrimental impact to directing the state. Over the weekend, it was reported that he was hospitalized due to suffering persistent symptoms linked to the illness. Despite this, the markets were not too unsettled by the turn of events. GBPUSD opened with its biggest daily gap lower since November 2018, but the move hardly registered relative to the surrounding volatility of the past two months. Further, the Pound volatility index from the CME wouldn’t rise materially to start the week.

Chart of GBPUSD with Pound Volatility Index and Gaps (Daily) 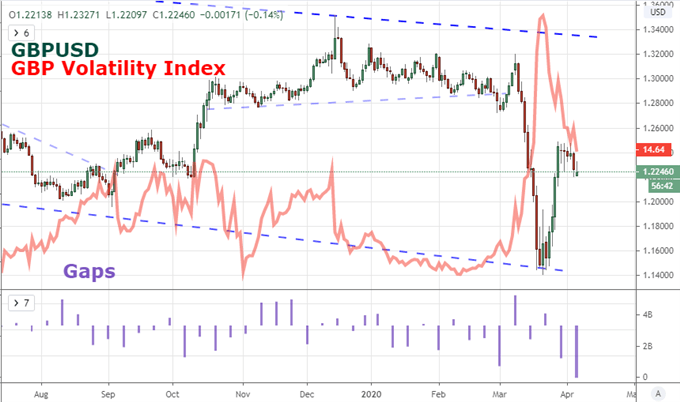 The concern that can arise with a head of state falling ill with this virus is that the government can be materially impacted and therefore the country. There are many contingencies in place for most of the large countries around the world when a leader is out of commission for any number of reasons to ensure that the country operates as normal in their absence. With the news of Boris Johnson, it was also reported that Foreign Secretary Dominic Raab be able to make decision for him where necessary but that he wasn’t being considered temporary Prime Minister officially.

From the market’s perspective, fear can still trump practical developments and strategies. With constant updates on the cases of COVID-19 worldwide, reaction to such a headline can prove more acute than expected. For the Sterling, the added uncertainty can change the profile of investment into the country and its assets – even if moderately. Further, this situation can act as a harbinger for how news of other leaders or high level officials in other countries that contract the virus and suffer the symptoms can impact local market sentiment. As of right now, it doesn’t see that there is a global risk shift from the news; but it is important to remain mindful of the mood in speculative ranks.

Google Search for ‘Virus’, ‘Lockdown’ and ‘Recession’ in the UK 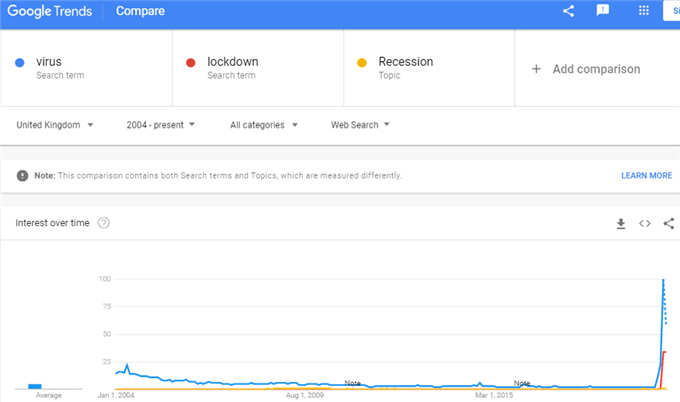 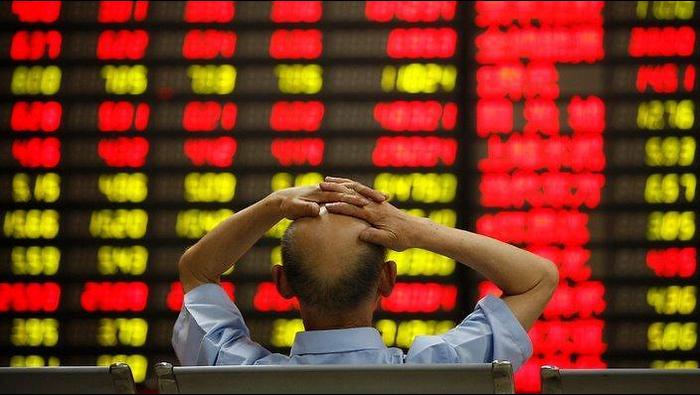