EUR/USD Rally May be Built on Sand

A shocking set of preliminary Eurozone PMI data for March shows the economy in the single-block free-falling into recession, leaving the Euro exposed against a range of other currencies. The latest PMI readings suggest that Eurozone quarterly GDP is slumping by around 2%, with the likelihood of a further severe downturn.

Commenting on the Eurozone flash PMI data for March, Chris Williamson, Chief Business Economist at IHS Markit said: “Business activity across the eurozone collapsed in March to an extent far exceeding that seen even at the height of the global financial crisis…the March PMI is indicative of GDP slumping at a quarterly rate of around 2%, and clearly there’s scope for the downturn to intensify further as even more draconian policies to deal with the virus are potentially implemented in coming months.”

Commenting on the German flash PMI data for March, Phil Smith, Principal Economist at IHS Markit said: “The unprecedented collapse in the PMI underscores how Germany is headed for recession, and a steep one at that. The March data are indicative of GDP falling at a quarterly rate of around 2%, and the escalation of measures to contain the virus outbreak mean we should be braced for the downturn to further intensify in the second quarter.”

Commenting on the French flash PMI data for March, Eliot Kerr, Economist at IHS Markit said: “The latest PMI data revealed dismal results for the French private sector, with coronavirus-driven shutdowns leading to widespread economic disruption. “March saw a record rate of declines for services activity, while the manufacturing sector suffered to the greatest extent since the global financial crisis. Taken together, these declines suggest GDP is collapsing at an annualised rate approaching double digits.

EUR/USD recent pick-up has been driven primarily in the recent sell-off of the US dollar after the Federal Reserve announced unlimited QE in order to stem the economic havoc being fueled by the coronavirus. Later today, the US PMIs will be released (13:45 GMT) and need to be closely watched.If EUR/USD breaks the three recent higher lows, further losses may be likely.

For all market moving data and events please the DailyFX calendar

What is your view on EURUSD – bullish or bearish?? You can let us know via the form at the end of this piece or you can contact the author via Twitter @nickcawley1. 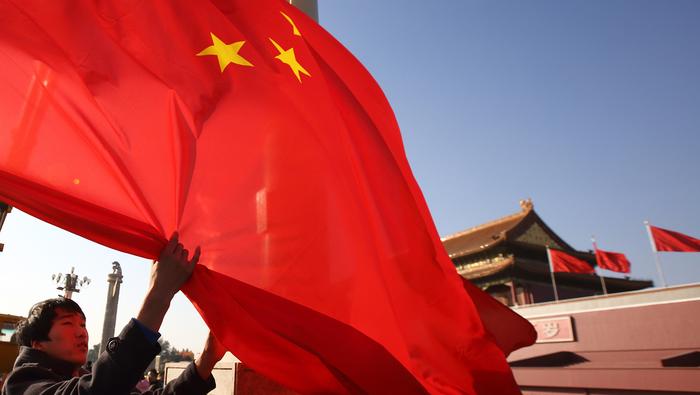