The New Zealand Dollar gained on Tuesday despite the reduction in local interest rates to record lows in the precious session as the government announced a large package of remedial fiscal measures aimed at mitigating the effects of coronavirus on the economy.

At NZD12.1 billion (US$7.4 billion) the package represents around 4% of New Zealand’s Gross Domestic Product and as such would be greater than the action taken in response to the financial crisis of 2008.

The state will increase investments on healthcare, wage subsidy and self-isolation support along with help for the aviation sector. NZD/USD gained on the news as markets welcomed what is clearly a forceful fiscal response. 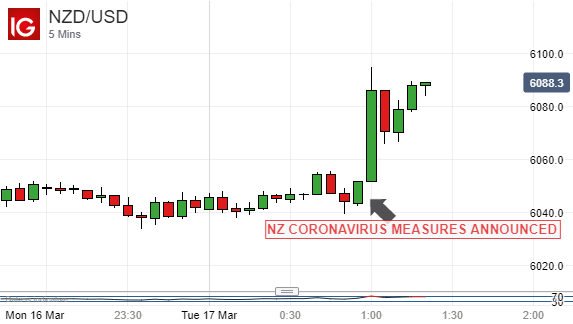 However, the NZ finance ministry said that local recession is almost certain, with job losses and business failures coming too. Government forecasts show that annual growth will drop to 1% by the first quarter of next year, with debt likely to increase substantially.

The move comes a day after the Oficical Cash Rate was cut by three quarters of a percentage point to 0.25%.

With monetary policy options clearly reduced after years of lower interest rates worldwide, markets are clearly prepared to applaud governments who take over some of the stimulus heavy lifting via fiscal measures.

Still, as a key, growth correlated unit the New Zealand Dollar remains especially vulnerable to the crisis of confidence engendered by coronavirus. 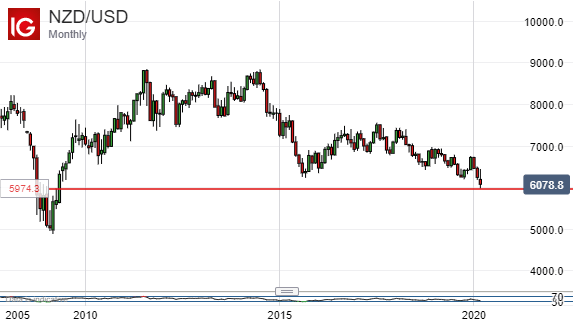 NZD/USD is at lows not seen since March, 2008, as the market retreats broadly from risk-correlated assets. The pressure in it is unlikely to abate for as long as the coronavirus dominates the news cycle.