Trading was briefly halted Monday morning after early price action saw losses mount and trigger a circuit breaker as the Dow Jones, Nasdaq and S&P 500 each declined more than 6%. Simultaneously, crude oil teetered around $30 per barrel as producing countries veer into a price war. While risk appetite was already damaged due to the coronavirus, the precipitous decline in crude oil may threaten US shale producers as credit spreads widen. 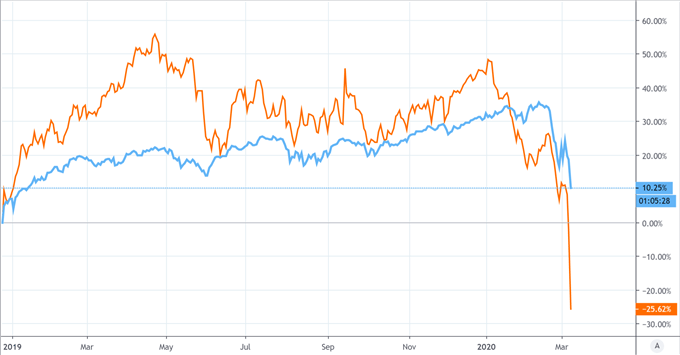 Taken together, the fundamental developments have resulted in extreme price moves which has seen US – and indeed global - equities suffer significant losses with little regard for the sector in which they exist. To be sure, the resultant volatility will be etched in the history books as records are broken and asset prices swing wildly. 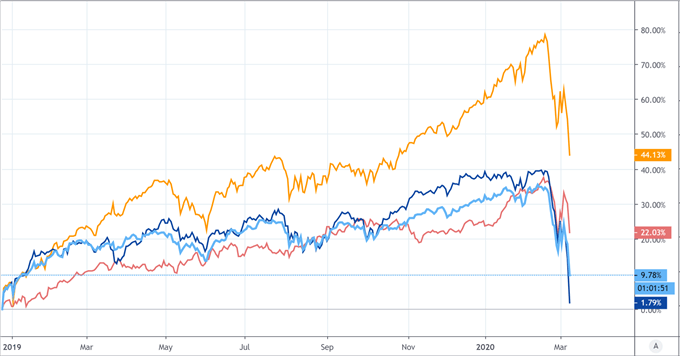 It is in times such as these that many correlations in the equity market go to one and even stocks generally viewed as “safe” investments suffer severe declines. That is not to say, however, that every market is destined for losses. As Jim Cramer says, “there is always a bull market somewhere.” 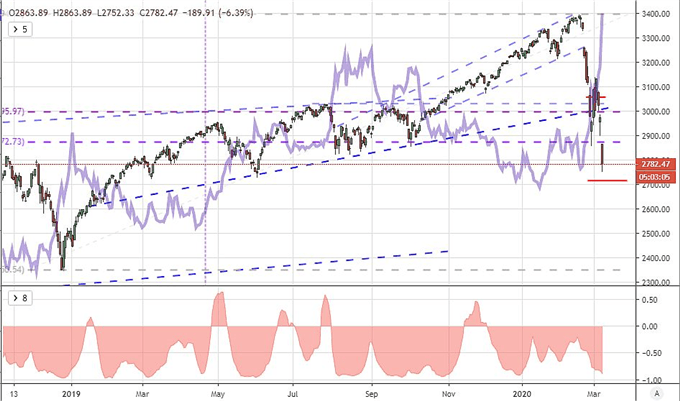 With that in mind, we can turn to the foreign exchange market. While losses in the stock market can trigger despair among savers, such moves can also highlight the useful attributes of other asset classes. To that end, the Japanese Yen has enjoyed a meteoric rise against many of its counterparts as investors clamor for liquidity and funding which the Yen typically provides with ease.

Thus, traders can look to hedge equity exposure via the Japanese Yen as it shows signs of strength even as the stock market exhibits symptoms of panic. In the meantime, follow @PeterHanksFX on Twitter for updates and analysis.