EUR/GBP touched a two-month low at the end of last week and came within 20 pips of levels last seen in June 2016. The British Pound came back into favor with investors and pushed higher through most of the week, while the Euro remained friendless and continued its slide lower. The single currency has been hurt in recent weeks by weak economic data from Germany and the Euro-Zone, and with expectations growing of additional monetary loosening at the March ECB meeting, the euro has found it hard to defend any support levels.

The latest look at the ZEW indicator of economic sentiment for February will be released on Tuesday at 10:00 GMT and needs to be closely watched by euro-traders. The January reading of 26.7 easily beat market expectations and was the highest level recorded since July 2015. German economic sentiment has changed sharply since this release with economic data pointing to a further slowdown. The market expectation for tomorrow’s reading is marginally lower at 22, and any larger downturn may put renewed pressure on the single-currency.

For all market moving data and events see the DailyFX Calendar. 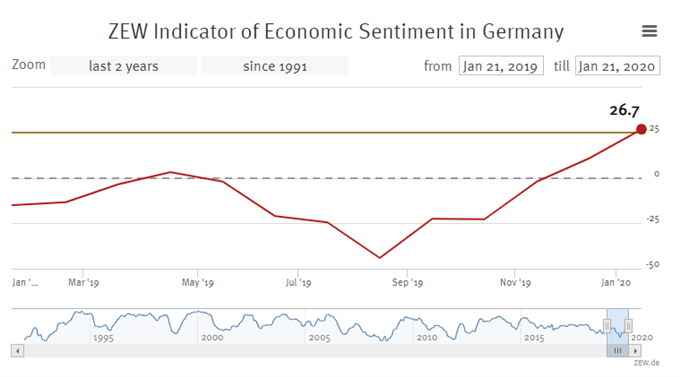 Thirty minutes before the German sentiment release, the latest UK jobs and earnings data will be released and these are expected to show unemployment unchanged at 3.8% while average weekly earnings are seen nudging a fraction lower. January’s labour market release from the ONS showed the UK employment rate at a record high of 76.3%, while the UK unemployment rate has been falling for the last six years and currently stands just above a four-decade low. 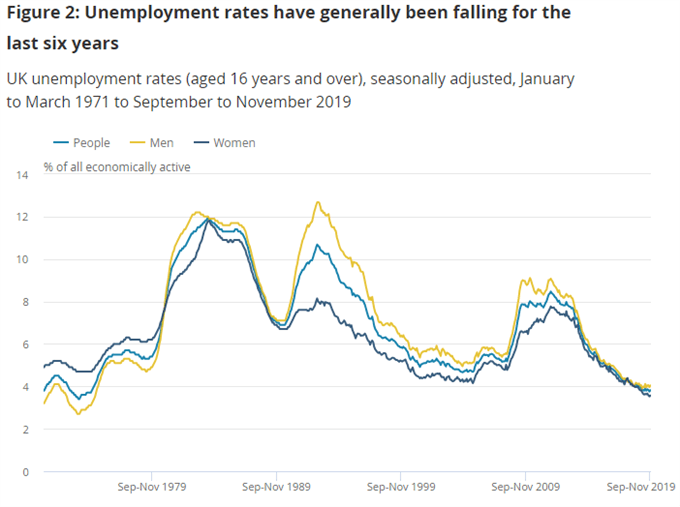 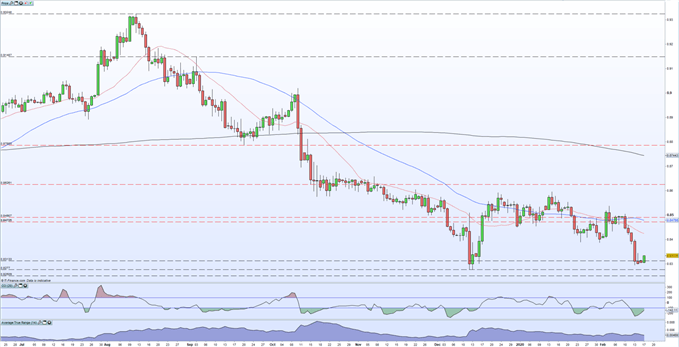 What is your view on Sterling (GBP)– bullish or bearish?? You can let us know via the form at the end of this piece or you can contact the author via Twitter @nickcawley1.