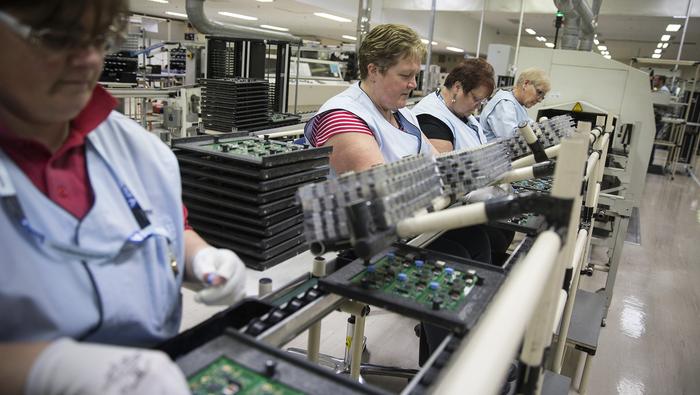 The Dow Jones probed record levels on Thursday as bullish appetite persisted ahead of Friday’s Non-Farm Payrolls report. After a flurry of volatile trading sessions, investors have seemingly discarded coronavirus concerns as they exchange pessimism for optimism and push stocks to new heights. Now, the Dow Jones will have to establish a daily close above prior highs before it can look to climb further.

To that end, it appears bulls are making a concerted effort to post such a performance as they wade into unfamiliar territory. If a daily close above 29,400 is cemented it would offer encouragement in pursuit of a continuation higher. On the other hand, bears will look to keep the Industrial Average contained beneath the level which would leave the index more vulnerable to pull backs around the 29,000 and 28,170 areas.

The Nasdaq has experienced a particularly volatile week as Tesla shares inflated and mania ensued. Nevertheless, the stock has helped boost the Nasdaq this week and has played a role in driving the tech-heavy index to new heights.

Now, the index will look to hold above support around 9,270 as it attempts to press higher still. Resistance is unsurprisingly sparse apart from the record-setting 9,460 level which is narrowly above the Nasdaq’s trading price at the time of this article’s publication. Should bears reemerge and break the 9,270 level, subsequent support should reside at the ascending trendline established from the October lows.

Meanwhile, the S&P 500 trades slightly above its recent trading range between 3,200 and 3,340 near all-time highs. While 3,340 may provide a modicum of indecision in the event of a pullback, its proximity to price reduces its efficacy. Consequently, subsequent support around 3,300 – which aligns with an ascending band from the index’s October lows – could lend assistance.

To be sure, a larger retracement would likely require the support of horizontal resistance from 3,210 to 3,200 as it has displayed an ability to stall recent declines. With that in mind, the ascending band that transverses the range may serve as support on an intraday basis, but likely lacks the influence to halt a larger move given the current trading price.

Since coronavirus fears have retreated, the Dow Jones, Nasdaq 100 and S&P 500 will look to upcoming economic data for influence as investors look to extend the recent recovery rally. Similarly,IG Client Sentiment data reveals retail traders are confident the recovery is overdone – an indication that price may continue upward.

That being said, the viral outbreak appears far from resolved, so risk aversion could emerge at any time. For this reason, stops become all the more crucial as the theme has shown an ability to spark volatility. In the meantime, follow @PeterHanksFX on Twitter for updates and analysis.