GBP/USD has come under notable pressure, falling from 1.3087 to lows of 1.3018 following dovish comments by BoE Governor Carney. In turn, this has seen a repricing of near-term easing bets with the risk of a January rate cut rising to 16% from 5% likelihood.

Governor Carney stated that with UK growth remaining sluggish and inflation below target, the central bank’s projection of a rebound in UK GDP is therefore not assured. As such, if evidence suggest that weakness could persist, this could require a prompt response in order to reinforce the expected recovery in UK growth and inflation. Alongside this, the Bank of England have based a sizeable chunk of their growth assumption on a boost in investment amid the reduction in Brexit uncertainty. However, given that more businesses (42% from 34%) do not expect Brexit uncertainty to be resolved until at least 2021, investment could remain relatively subdued, thus putting pressure on the BoE’s assumption.

The Governor noted that there is a debate with regard to the merits of near-term stimulus. Although, this is not entirely new, given that both Haskel and Saunders have voted for a 25bps cut at the last two MPC meetings. That said, this will make the upcoming meetings a live one, while odds of a January rate cut have risen, more evidence over the next two weeks would be needed to push for a cut. As such, there is a potential for the new BoE Governor, Andrew Bailey (March 15th) to mark his first MPR with a cut at the May MPR.

Towards the end of 2019, investors had been piling in GBP, resulting in the largest net long since May 2018. However, with the BoE providing a dovish signal, near-term repricing of easing could exacerbate pullbacks in GBP and speculators look to liquidate their bullish bets. 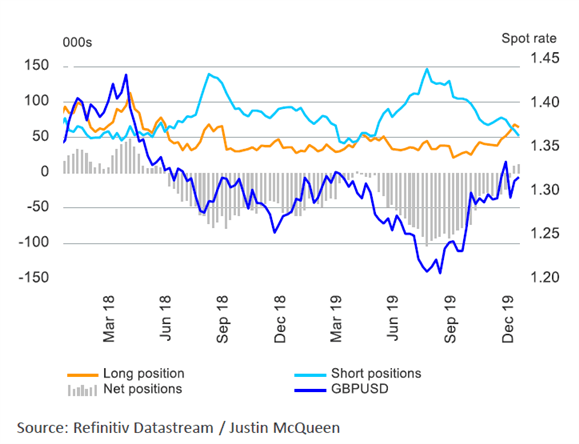 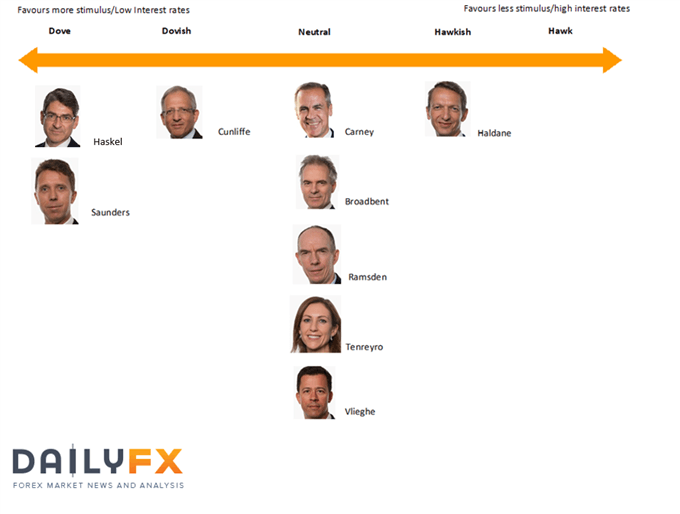