Brexit Briefing: Some Issues Could be Left Unresolved by Year-End

EUR/GBP eases, some Brexit issues to be unresolved by year-end

A comprehensive trade deal between the EU and the UK by the end of 2020 is increasingly seen as unlikely, with some issues set to be unresolved 11 months after the UK leaves the EU at the end of this month.

European Commission President Ursula von der Leyen, who visited London Wednesday, was quoted as saying that “the UK and the EU will not be able to agree on every single aspect of their future relationship before the end of the year, and will either have to focus on priority areas or agree an extension period.”

A spokesman for UK Prime Minister Boris Johnson stressed again Wednesday that there will be no extension beyond December. “We are very clear we want to get on in terms of negotiating a deal,”the spokesman told reporters. “So maybe the approach of nothing is agreed until everything is agreed, which characterized previous negotiations, is not an approach that we are interested in taking.”

So far this year, the approach of Brexit has had little impact on Sterling. Von der Leyen and Johnson seems to be striking up a good relationship – they both went to the same school in Brussels – but any signs that the talks are stalling could yet weaken it. 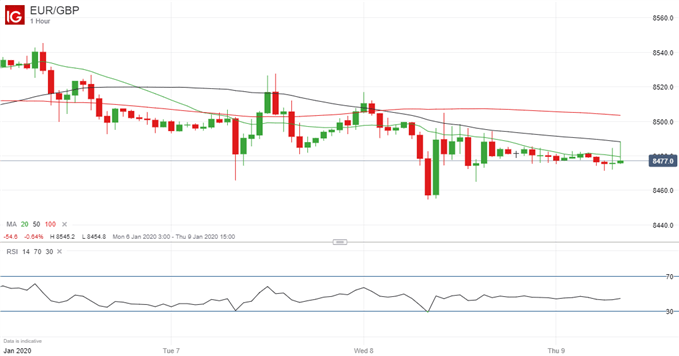 The EU’s Brexit negotiator Michel Barnier warned Thursday that the timeframe for a new deal with the UK is hugely challenging, adding that if the EU were to agree on every point of the future relationship with the UK it would take more than 11 months, adding that the EU will have to prioritize what it does in 2020.