Election Results as of 05:35GMT

Boris Johnson is on course for a landslide victory with the Conservative party projected to gain over 360 seats. If confirmed, this will far surpass the 326-seat majority needed to govern and thus will pave the way for a smooth Brexit process with Boris Johnson able to pass his deal through parliament (December 20th had been touted as a potential voting day) with ease and take the UK out of the EU at the end of January. In reaction to the initial exit poll, the Pound surged to a fresh 2019 high of 1.3514 amid the reduction in political uncertainty. On the technical front, we expect the Pound to consolidate its gains in the run up to the year end with risks tilted to the upside. 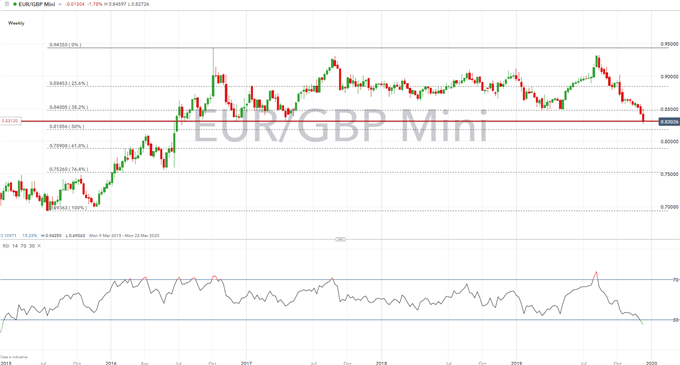 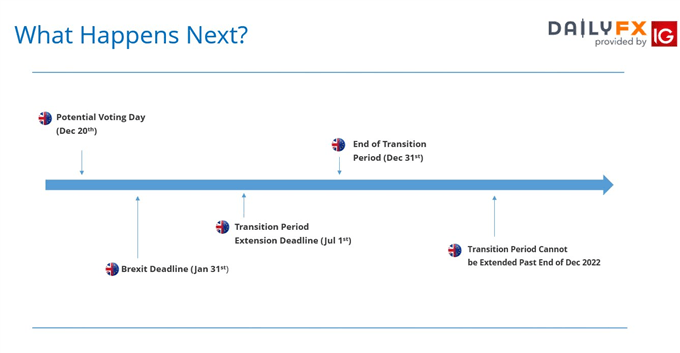 Transition Period: With the Withdrawal Agreement expected to pass, focus will soon shift towards the transition period, due to expire at the end of 2020. Boris Johnson has previously stated that he would not ask the EU for an extension to the transition period (decision must be made before the end of June), making for a tight schedule for the UK and EU to agree an FTA (average time taken for a trade deal is 4yrs), which in turn keeps the risk of a no-deal Brexit on the table. However, given Boris Johnson’s sizeable majority he may feel less pressure to maintain his rhetoric that he will not extend the transition period.

From the EU’s perspective, Brussels expect trade talks will begin in March, noting that an ambitious trade deal is unlikely to be negotiated and ratified by December 2020 with only the possibility of a quick FTA on EU terms.

Bank of England: The election outcome is likely to see a reduction in political uncertainty that has stifled UK economic activity since the EU referendum, thus potentially prompting the Bank of England to shift towards a more neutral stance. That said, this will also be predicated on a notable improvement in UK data, particularly that of the jobs markets as well as a consistent rise in business investment going forward.