EUR/GBP Mini-Bounce Likely to be Short-Lived

We highlighted last week that any rebound in EUR/GBP may be fleeting and this week’s price action has proved that negative sentiment continues to dominate price action with a series of lows being printed. It now looks likely that the pair will press lower and test two support levels below 0.8500, one at 0.84907 and the next at 0.84725, the March low.

The daily chart remains negative with the pair below all three moving averages while IG Client Sentiment shows that retail traders are 67% net-long EUR/GBP, a bearish contrarian bias

Last night a highly anticipated General Election opinion poll was published that showed the Conservative party on course to win a majority of 68 seats on December 12. While this is one of many polls, it also showed a comprehensive breakdown of each constituency. This YouGov MRP poll, was used for the first time at the 2017 General Election when it correctly called 93% of the seats. It should be noted that the 2017 poll was released just two days before the election while this latest poll has been released two weeks before polling, leaving a lot of time for voting patterns to shift. 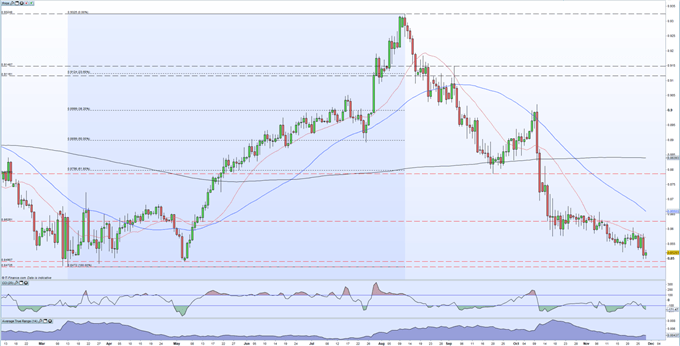 The weekly chart shows the April 2017 low under threat. Below here support is scarce all the way down to the April 2016 swing high at 0.8116. 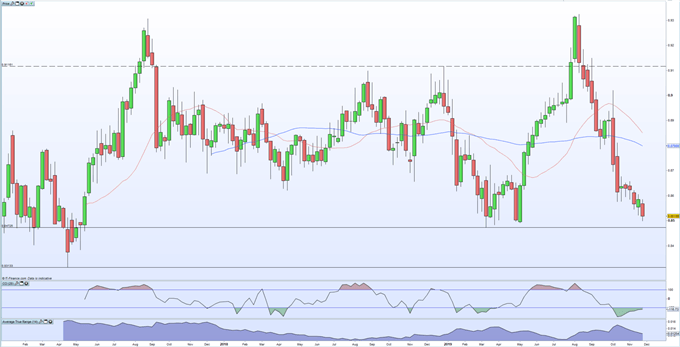