Canadian Dollar Outlook: Is USD/CAD Headed for a Reversal Lower?

Canadian Dollar Outlook: Is USD/CAD Headed for a Reversal?

The Canadian Dollar has suffered a series of losses versus its major counterparts this month, largely resulting from a dovish shift in the Bank of Canada’s policy path. The losses have allowed USD/CAD to retake the 200-day moving average and approach horizontal resistance around 1.3350. Without a change in the fundamental forces influencing USD or CAD, the resistance that has held since early August may soon fall, allowing USD/CAD to stave off another reversal lower. 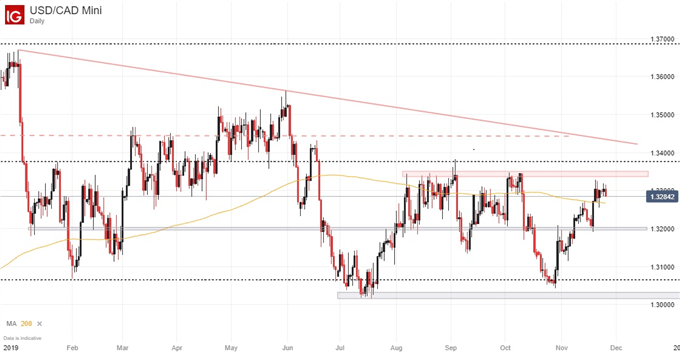 A breakthrough could see the pair test the longer-term downtrend in USD/CAD – probing the descending trendline from January of this year. That being said, the medium-term outlook for the pair could see it return to the 200-day moving average, but I maintain a bullish bias for the immediate future. To that end, IG Client Sentiment Data reveals retail traders remain overwhelmingly net-short USD/CAD, suggesting they are confident resistance will hold and are comfortable calling a local top around the current spot price. Since we typically take a contrarian view to crowd sentiment, retail positioning suggests USD/CAD may be headed higher still. 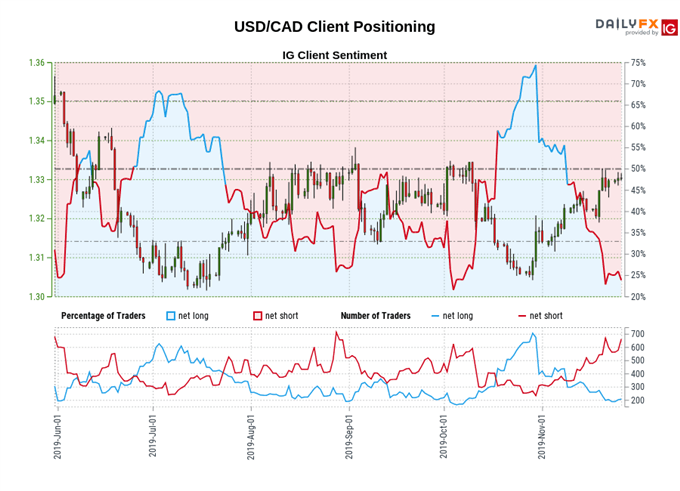 If, on the other hand, retail traders prevail and USD/CAD reverses lower once more, initial areas of support are plentiful. To be sure, the nearby 200-day moving average should influence price to some degree, but given its proximity to the current trading price, could see reduced impact. Nevertheless, secondary support around 1.32 could also provide buoyancy and would allow the pair to consolidate further before attacking 1.3350 again. In the meantime, follow @PeterHanksFX on Twitter for updates.