The former UK Deputy Prime Minister Lord Heseltine has waded into the Brexit debate, warning in comments likely to damage Sterling that a no-deal Brexit remains a possibility even if the Conservative Party wins the UK General Election in just over two weeks’ time.

Speaking at a panel event, Heseltine urged life-long Conservative voters to oppose Prime Minister Boris Johnson and back the Liberal Democrats or independent MPs in the upcoming election. He said Johnson was selling voters a “grand delusion” that he could deliver Brexit by the end of January.

Heseltine, who was sacked by the Conservatives, attacked Johnson’s pledge to “Get Brexit Done” by the end of January – and warned that a no-deal was still a looming possibility. He said: “It is the great delusion, so effective, get Brexit done; the idea that you can do it in a month, around Christmas.The most you can do, if there were to be a massive Tory majority, is to get through the legislation to enable you to begin the talks about what the future relationship will be.”

If the chances rise of a no-deal Brexit, that is likely to be negative for GBP/USD, which continues to trade below the 1.30 resistance level after several attempts to break through it to the upside. 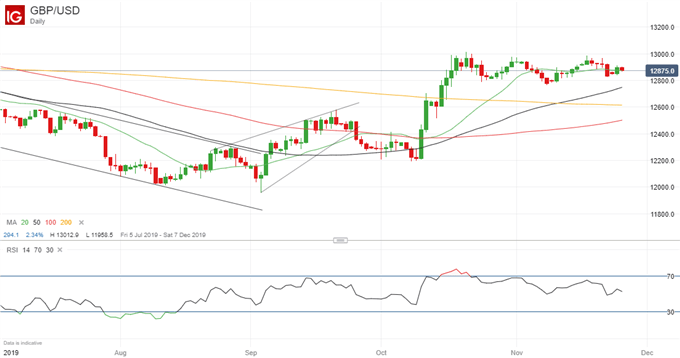 From a technical perspective, the chart above shows a bearish triple-top formation, which is also negative. However, there is so far no confirmation from EUR/GBP, which continues to meander above support at 0.86, with no sign yet of a break to the upside. 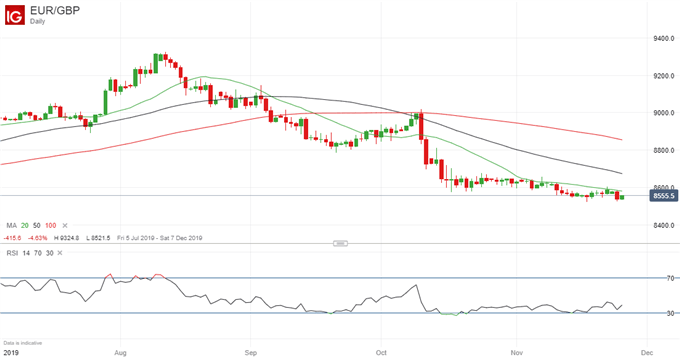