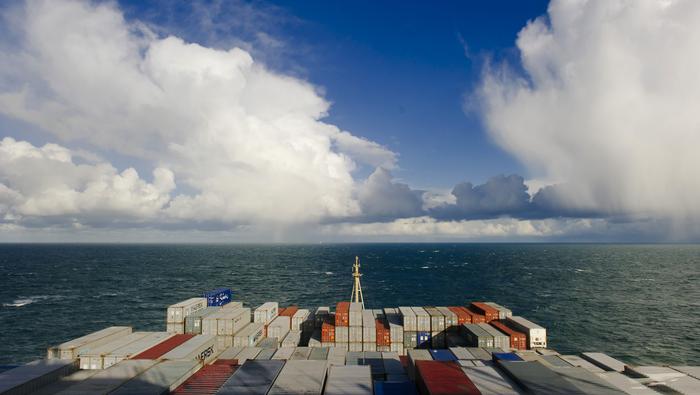 USD/SGD May Rise on Trade War Despite Singapore GDP Rebound

The Singapore Dollar failed to take much notice of rosy local economic data as its attention remained focused on the ongoing US-China trade spat. Singapore third quarter GDP rebounded to 2.1 percent q/q from preliminary estimates of 0.6%, beating the 1.8% forecast. Growth also clocked in at 0.5% y/y versus 0.4% anticipated, revised higher from the 0.1% preliminary outcome.

As the data crossed the wires, the Monetary Authority of Singapore (which manages the exchange rate) assessed that their current policy is to “remain appropriate at this time”. The MAS added that their approach will depend on how the economy evolves after slightly easing last month. This may explain the tepid reaction in the Singapore Dollar – see chart below.

The SGD (and its ASEAN counterparts) have been closely following the MSCI Emerging Markets Index. This is because the outcome of the US-China trade war, and whether officials can agree on a “phase one” deal, will largely dictate regional economic performance amid a global slowdown in manufacturing output. A deal and unwinding in tariffs can help bolster both investor and business confidence.

Recently, there has been much speculation about an agreement as various US officials talked up prospects of one. Over the past 24 hours, we have seen some of these hopes erode due to reports that a deal could be delayed until next year. This is as President Donald Trump is poised to sign the Hong Kong Bill, risking fueling a countermeasure from China that may result in higher tariffs against the United States. 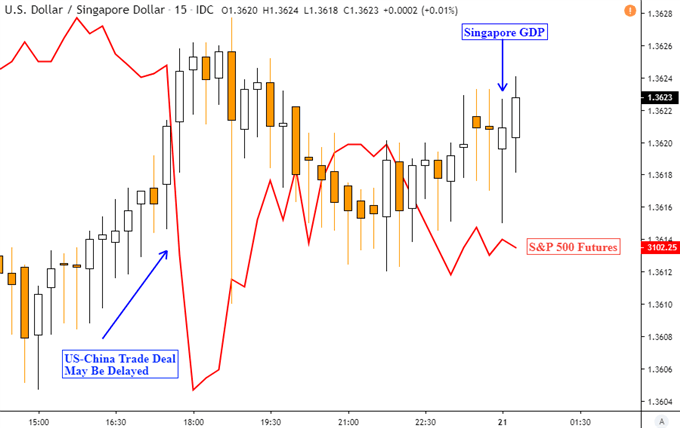 USD/SGD recently closed above a Falling Wedge that has been brewing since September. This is typically a bullish chart pattern that with confirmation, could open the door to a reversal of the dominant downtrend. Clearing near-term resistance at 1.3624 exposes 1.3658. Otherwise, downtrend resumption entails taking out a rising support line from the end of January. 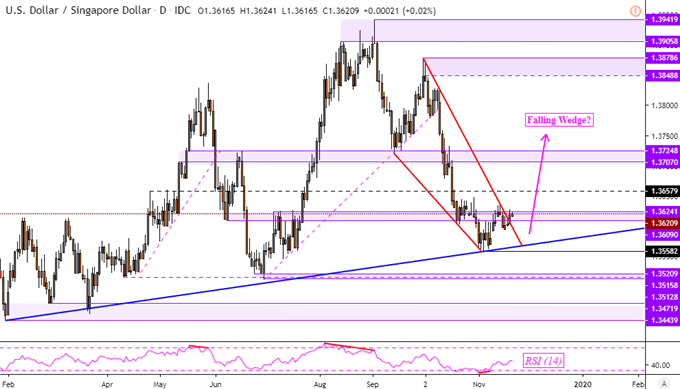