Yesterday, the US Senate passed the Hong Kong Human Rights Bill, which would entail an annual review of the special treatement that Hong Kong receives under US law. This comes amid the protests in Hong Kong, which have been ongoing for roughly 6-months. The vote is seen as supporting Hong Kong pro-democracy activists as the bill would require the US to impose sanctions on Chinese and Hong Kong officials who are deemed responsible for human rights abuse in the territory. In response to the bill passing, China had threatened to retaliate with the Foreign Ministry reiterating that the US should stay out of China’s affairs. In turn, risk sentiment has soured with equity markets pulling back as market participants speculate that this could have negative ramifications for US-China trade talks, which could take a turn for the worse yet again.

CAD: Canadian CPI printed in-line with expectations with the BoC’s preferred measure (average of common, trim and median CPI) sticking at 2.07% and thus maintaining the 1.9-2.1% range that has been in place since the beginning of last year. Consequently, this offered the Loonie a mild repreive from its recent weakness, however, with Governor Poloz due to speak tomorrow and with retail sales to be released on Friday, risks remains tilted to further CAD weakness.

GBP: The first UK election leaders debate saw UK PM Johnson marginally above Labour leader Jeremy Corbyn with the YouGov Snap Poll at 51-49 in favour of Boris Johnson. However, this saw little in the way of price action in the Pound, which briefly dipped below the 1.29 handle as the greenback firmed. Topside resistance remains situated at 1.30 with the currency looking set to remain rangebound ahead of the general election.

EUR: With little on the economic calendar, price action in the Euro has been relatively tame with the pair testing 1.1050. The ECB’s financial stability review continued to highlight that the economic environment remains challenging, however, they reempahsied the point regarding side effects pertaining to low interest rates, noting that there is an increase in risk-taking which warrants continuous and close mointoring. 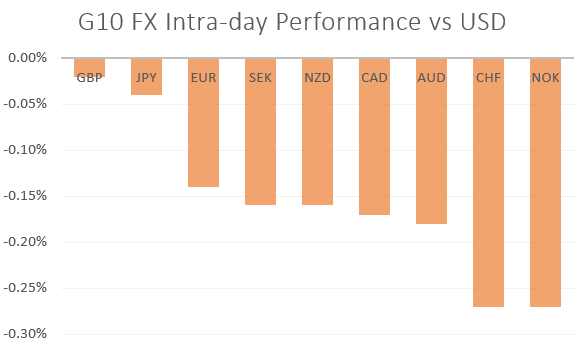 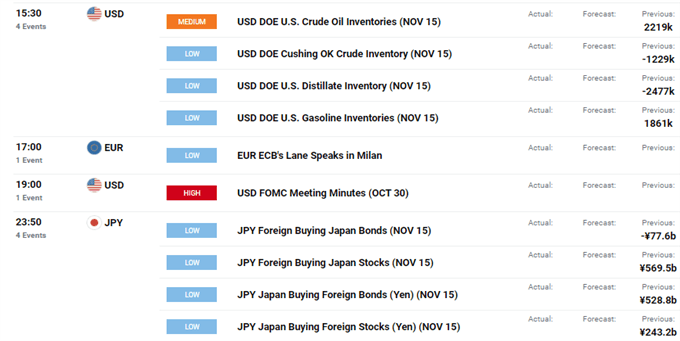