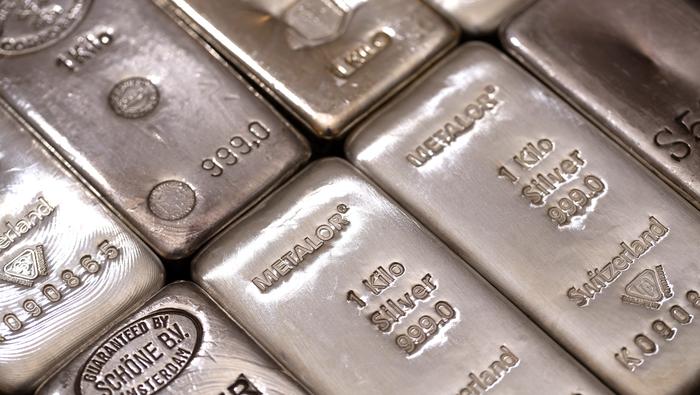 The price of silver has dropped by more than 12% since it recently peaked at $19.53 an ounce on September 4. Alongside the metal’s price decline, the total known holdings of silver have slipped by more than 19.4 million troy ounces in the same span. The change in holdings has seen the total falter by about 3%. While the exchange traded fund market is just one avenue in which investors can use to gain exposure to the commodity, a sustained lack of demand within can suggest waning confidence among buyers alongside the more obvious sign from lower prices. 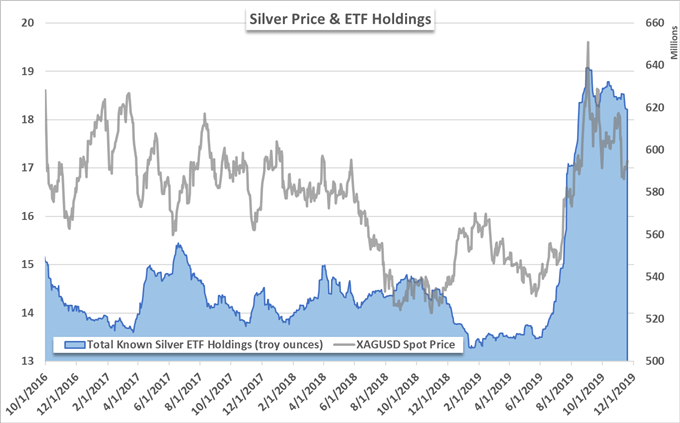 With that in mind, silver may require a fundamental shift before waning demand can be revived and price rescued. Arguably, an initial driver behind silver and gold’s ascent – higher inflation expectations due to lower interest rates globally – is still very much present but has seemingly been fully priced in. Given that a tailwind remains, the recent declines could be more attributable to the lack of volatility and risk aversion with the current 20-day correlation between XAGUSD and the S&P 500 at -0.77. 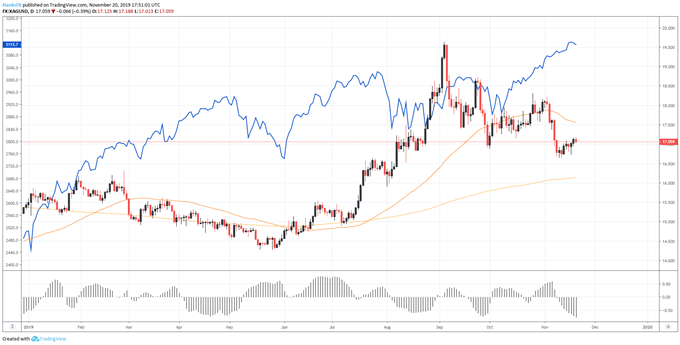 Created with TradingView. XAGUSD overlaid with S&P 500 in blue and their 20-day correlation in black.

Therefore, a material change in the underlying fundamentals of the market may be required before silver can regain its footing. The concrete shift required could come in the form of a policy change from the Federal Reserve or, and perhaps more likely, a deterioration in the US-China trade war. Already, markets are grappling with the prospect of a delayed phase one trade deal. In the meantime, however, the metal will look to cling to various levels of technical support until confirmation is received and deeper risk aversion takes hold. 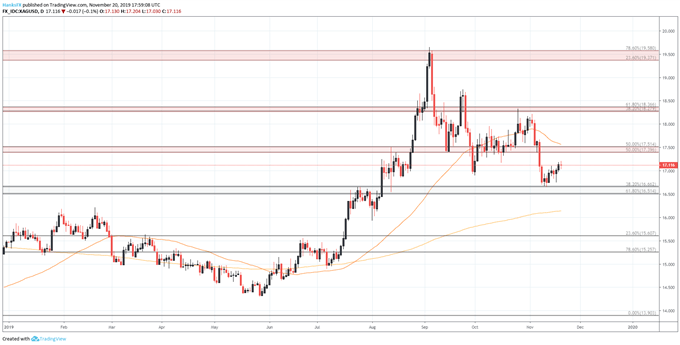 That being said, initial support will look to reside around $16.50 where a collection of technical levels reside. A break beneath the zone would open the door lower for the metal to test the 200-day moving average around $16.14. If, on the other hand, risk aversion surges higher on the back of recent US-China trade war reports and silver enjoys a boost, early resistance could materialize around $17.50 where another band of Fibonacci levels rest.

Judging by the initial market reaction to the trade war news, a longer spell of risk aversion could occur, but for silver to substantially alter its longer-term outlook, a new high above resistance at $18.30 may be required to break the series of lower highs and lower lows. If XAG fails to post a higher high and risk aversion begins to subside, it could provide an attractive opportunity for bearish setups. While the market deliberates on the conflicting signals behind silver’s price, follow @PeterHanksFX on Twitter for further commentary.