A report from Reuters injected volatility into markets this afternoon as a US-China trade deal becomes increasingly unlikely this year according to a report from Reuters.Trade experts and people close to trade talks in the White House were cited in the report, which stated that a US-China trade deal may not be done this year. USDCNH spiked on the news crossing over the 7.047 mark and the Dow Jones dropped over 160 points. 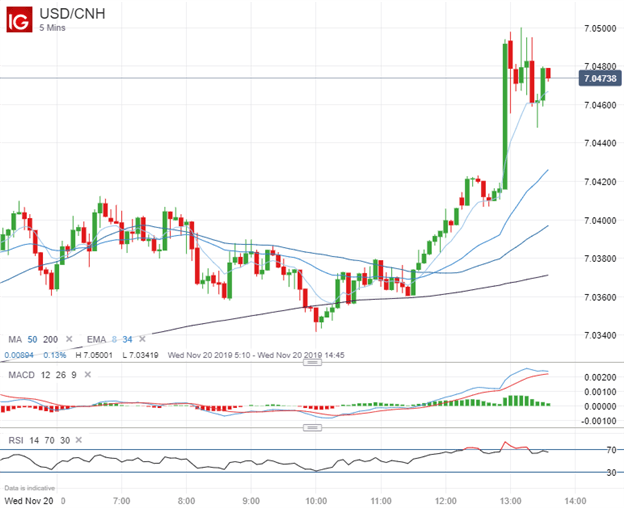 This report comes after President Trump stated that tariffs set to go into effect on December 15th were moving forward if a compromise with China could not be reached.The markets have become increasingly numb to trade war headlines in recent weeks as conjecture between the trade negotiators lingers. However, market participants are reacting to the latest US-China trade war headlines with stronger conviction as the report from Reuters is a material downgrade compared to the prior trade war commentary. 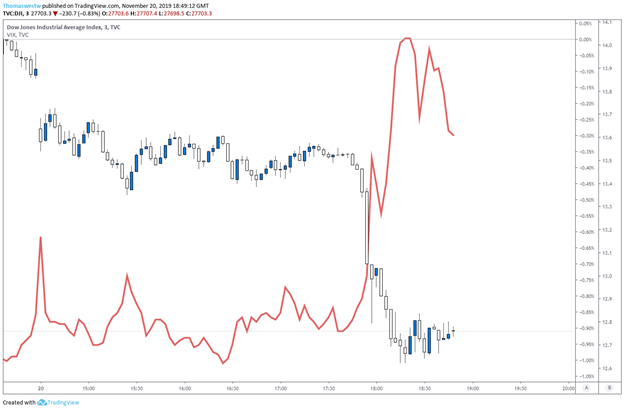 Elsewhere, the Australian Dollar dropped under 0.67911 as investors move out of the Aussie Dollar and shift into haven currencies, reflecting the worry in markets. The move also highlights the close tie the Aussie Dollar has with the Chinese economy. The risk-off move was further evidenced in the USDJPY pair, as the US dollar weakened considerably versus the Yen, USDJPY fell to 108.429. 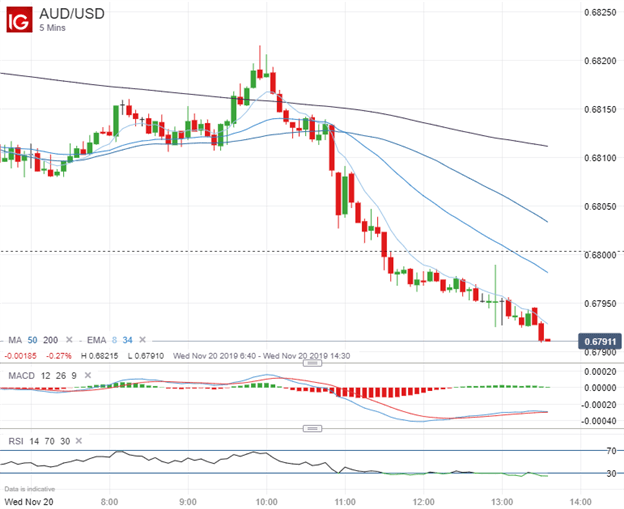 The risk-off move was further evidenced in the USDJPY pair, as the Yen strengthened considerably, USDJPY fell to 108.429. This move extends the recent strengthening the Yen has seen in recent days, as worries about a trade deal was already speculated to be on rocky ground. 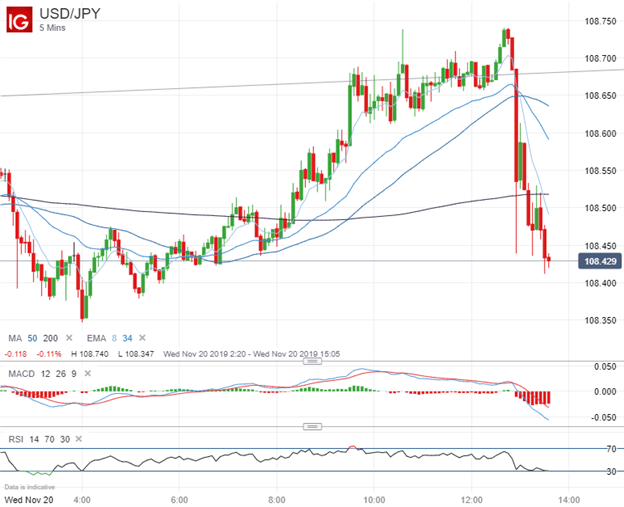 The impact of the report was felt broadly not only in currency pairs but, across equity and US Treasury markets, further In-line with a risk off event. Treasury yields dropped as the 10-year yield surrendered upward momentum through early trading, moving down to 1.72% and gold spiking up to 1473.95 at the time of writing. 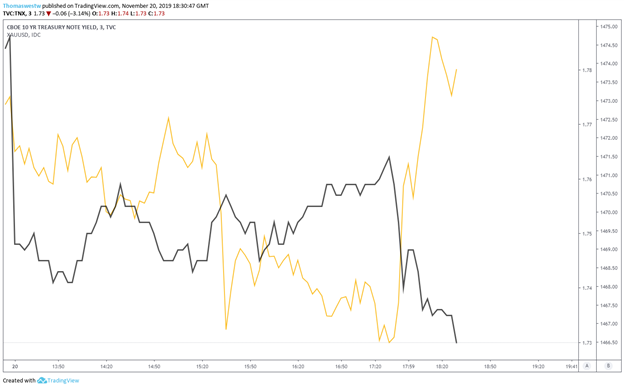