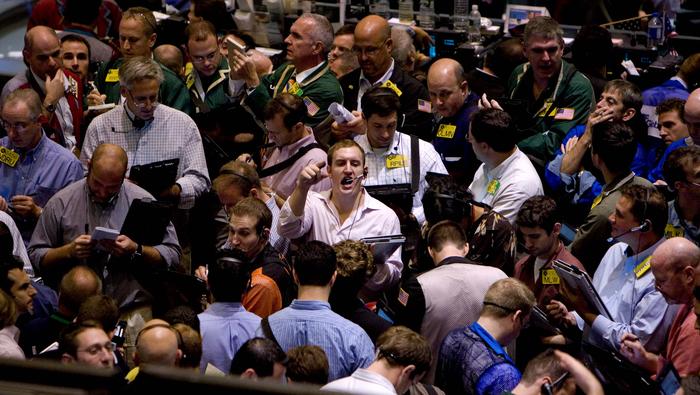 The Dow Jones faced trade pessimism and underwhelming earnings from Home Depot and Kohl’s on Tuesday, which sent the Industrial Average lower. Specifically, trade tensions were enflamed after President Trump announced tariffs will increase if there is no deal – exacerbating the importance of a possible phase one deal. Now, the DJIA will look to the Fed’s meeting minutes for insight on monetary policy while juggling more earnings from retailers like Target and Lowe’s and trade war commentary.

With that in mind, traders should look for confirmation from the retail sector. If the poor performances continue, the industry could face further pressure – a concerning prospect for a sector (via the XRT ETF) that is just 5% higher in the year-to-date. Should Target and Lowe’s miss, the Dow’s ascending channel from early October could break and allow the index to slip beneath 27,800.

Top Retail Stocks to Watch Ahead of Black Friday

Further still, Wednesday will see the release of the Fed’s meeting minutes. While the market has been privy to the central bank’s policy stance for weeks, the minutes could provide a more-granular look at the leanings and concerns of voting members. What bullish equity traders do not want to see at this stage, is any indication that Fed members may not be as willing to accommodate compared to what the market;s initial interpretation. On the other hand, if the minutes meet the market expectation’s the ascending channel could remain intact and carry the Dow higher. 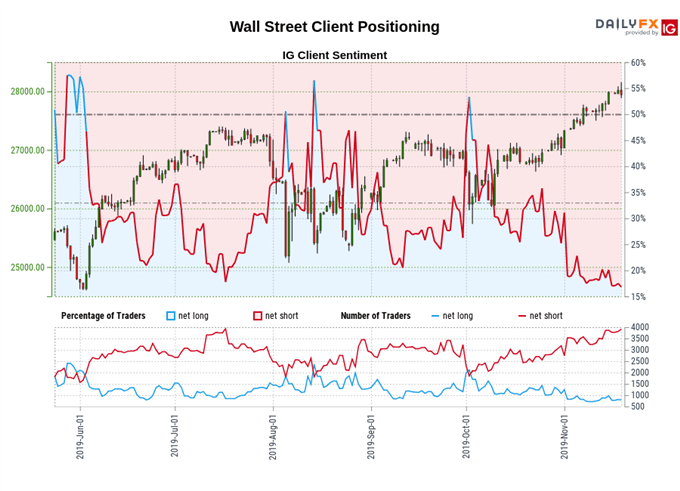 With that in mind, IG Client Sentiment data retail trader data shows 27.16% of traders are net-long with the ratio of traders short to long at 2.68 to 1. The number of traders net-long is 10.25% higher than yesterday and 23.70% higher from last week, while the number of traders net-short is 15.20% lower than yesterday and 4.58% lower from last week. We typically take a contrarian view to crowd sentiment, and the fact traders are net-short suggests Wall Street prices may continue to rise. Yet traders are less net-short than yesterday and compared with last week. Recent changes in sentiment warn that the current Wall Street price trend may soon reverse lower despite the fact traders remain net-short. Therefore, Wednesday’s session could prove to be a turning point in the short-term outlook of the Dow Jones and the ascending channel may play a crucial role.