UK Prime Minister Boris Johnson has decided to delay a cut in corporation tax previously planned as he comes under pressure to spend more on public services.

In a bizarre development in the runup to the UK General Election on December 12, a government minister explained in a radio interview that this was due to the “Laffer Curve” effect – a controversial economic concept suggesting that cutting tax rates can increase total tax revenues up until a certain point at which revenues start to decline.

The interviewer – fortunately a former BBC economic editor – was forced to explain this theory to those listeners without a qualification in economic theory.

As a general rule, news of a delay in a cut in corporation tax might have been expected to lower UK share prices but they continued to rise, implying some underlying strength. 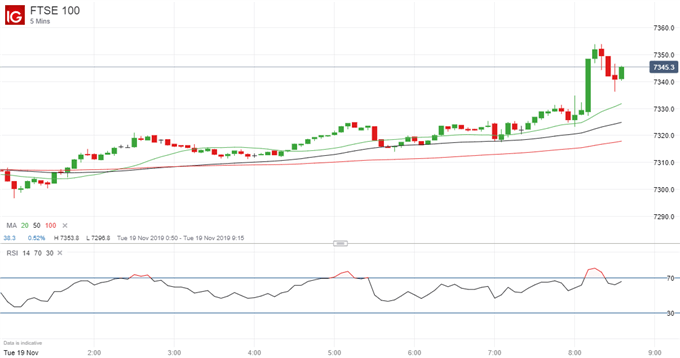 Meanwhile, data suggesting that Boris Johnson’s Conservative Party has a 13-point lead over Labour according to an average of comparable general election polls from the last seven days has been well received in the London stock market, which generally prefers Conservative governments.

The poll of polls, compiled by PA Media, puts the Conservatives on 42%, with Jeremy Corbyn’s Opposition Labour Party behind on 29%.