Sterling has opened the week on a positive footing after weekend General Election polls showing UK PM Boris Johnson comfortably ahead of Labour’s Jeremy Corbyn. Four polls showed Boris Johnson winning a majority on December 12, with YouGov giving the Tories a 17 point lead, Opinium a 16 point lead, Deltapoll a 15 point lead, while SevantaComRes put the Conservatives eight points ahead. Bookmakers have also cut their odds on a Conservative majority to around 4/9, with no overall majority at 6/4 while a Labour majority is offered at 25/1. With nearly a month to go before the General Election, polls can, and will, move either way, the current lead for the Conservatives will have alarm bells ringing at Labour’s headquarters.

Sterling continues to price in the good news with GBPUSD nearing 1.3000 and looking to test highs last seen in early May. There are a handful of recent highs topping out at 1.3013 that need to be broken and closed above before the pair look at the May3 high at 1.3177. The pair also got a technical boost last Monday with the formation of a golden cross – when the 50-day ma moves higher through the 200-dma – a bullish chart set-up. GBP/USD has moved nearly two big figures higher since last Monday. The CCI indicator does warn that GBPUSD is becoming overbought.

IG Client Sentimentshows that retail traders are 52% net-long GBP/USD, a bearish contrarian bias. However, daily and weekly sentiment shifts give us a bullish outlook. 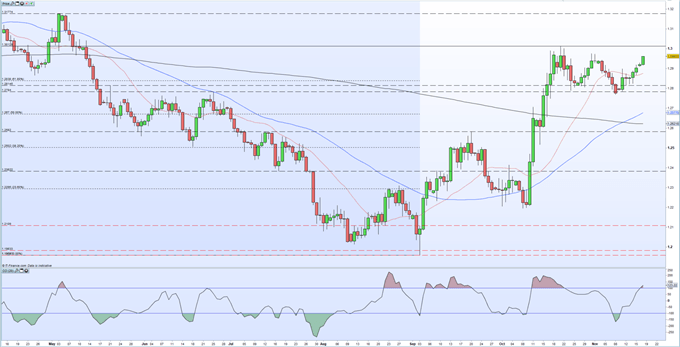 EUR/GBP at a Fresh Six-Month Low 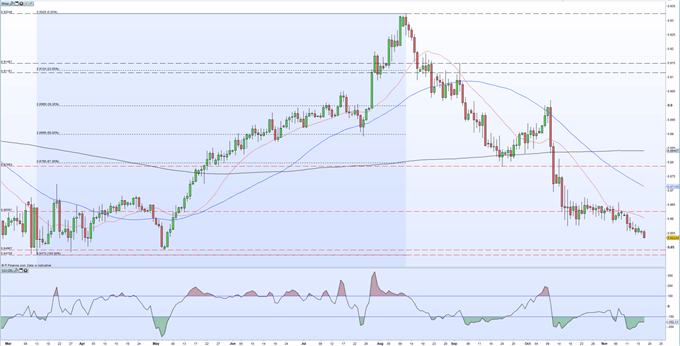