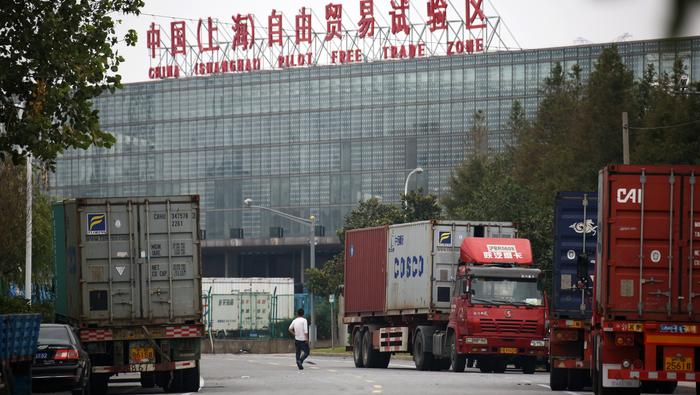 Australian Dollar Gains on China Trade Data May Not Hold

Traders often extrapolate positive news out of the East Asian giant as supportive for Australia because the former country is the latter’s largest export market. They reason that an upturn in China’s prospects – even in relative terms – bodes well for Australian firms’ demand outlook, and thereby the economy as a whole.

China’s commanding position as one of the top engines of global growth also means that rosier data flow has scope to boost broader sentiment. It is thus true to form that the New Zealand Dollar – another cycle-sensitive unit – rose with its Aussie cousin while the anti-risk Japanese Yen pulled back. 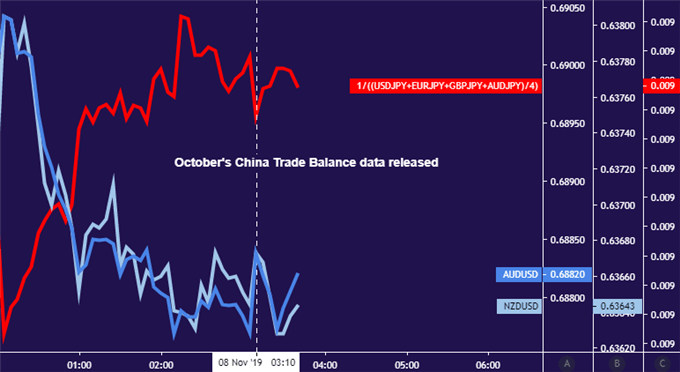 Follow-through might be limited from here. Investors are unlikely to commit in amid uncertainty about the prospects of even a “phase one” US-China trade accord. Markets cheered Beijing’s hint at a coordinated tariff rollback but whether the White House would sign up to such a move was soon in doubt.

The technical picture is ominous as well. The Aussie Dollar challenging the bounds of a month-long uptrend. The like-minded Kiwi Dollar is in a similarly precarious position. Building pro-cyclical exposure may be still more unattractive as liquidity thins into the weekend even as headline risk remains.