USD: The US Dollar is on the front foot following the better than expected Q3 growth figures of 1.9%, which highlighted that consumer spending had yet gain kept US growth relatively robust. Elsewhere, the ADP employment report was mixed with the headline beat offset by the weak revision, however, while the ADP report does continue to highlight that jobs growth is slowing. 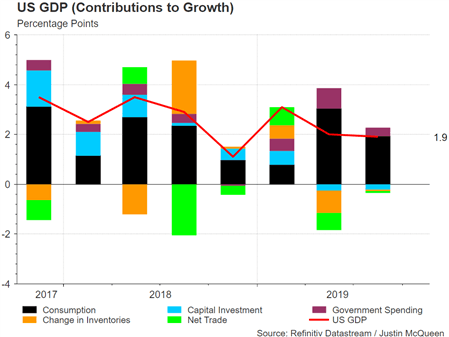 Looking ahead, the key focus is the FOMC rate decision, although given that a rate cut is a foregone conclusion (95% priced in), much of the attention will be placed towards the statement alongside the press conference. Signals from Chair Powell that the Fed may look towards providing an interim break to further rate cuts could see the US Dollar higher with equity markets on the backfoot. 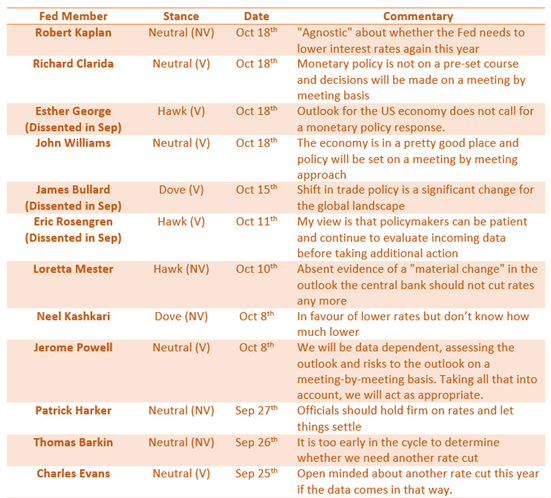 ZAR: The South African Rand is on course for its largest drop this year after the Treasury projected that the budget deficit will rise to a two-decade high of 5.9% of GDP, notably higher than the prior projection in February of a 4.2% deficit. Consequently, the Finance Minster stated that the risk of a sovereign credit rating downgrade had increased since February’s budget. As a reminder, Moody’s are due to announce their latest update on South Africa’s sovereign debt on Friday. They are the last rating agency to have SA sovereign credit in investment, thus a decision to downgrade would see SA fall into junk status, to which the IMF have estimated that could lead to ZAR 20bln worth of outflows.

That said, instead of downgrading the debt, Moody’s could potentially opt for lowering their outlook from stable to negative (current status is Baa3, outlook stable).

CAD: Expectations are for the BoC to stick with its neutral bias and signal that current degree of monetary policy stimulus remains appropriate, given that Canadian data has held up as of late. Consequently, while option pricing shows that overnight implied volatility has more than doubled to account for BoC and Fed risk, the implied move a relatively tame 60pips, in which we see the latter risk as the more important in providing volatility. 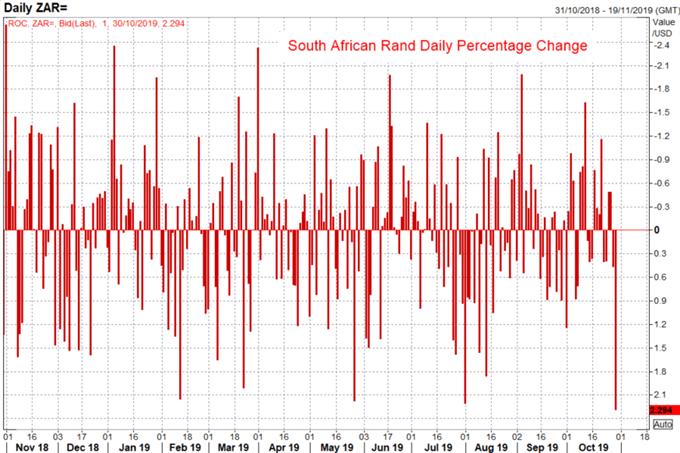 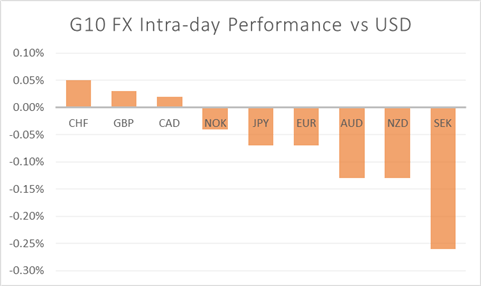