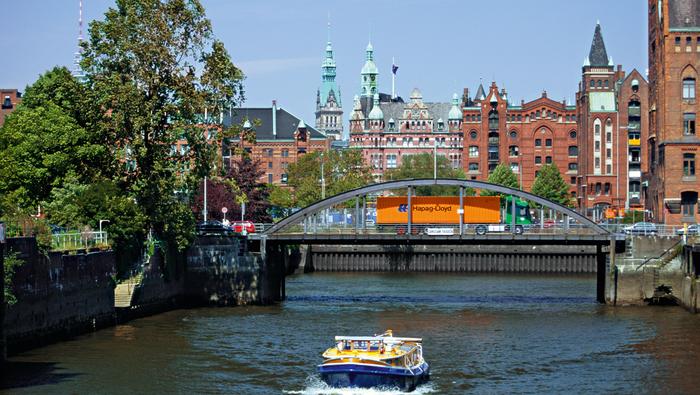 Global investors seem much more confident that better times lie ahead as hopes for lower US borrowing costs and, perhaps, progress on a trade deal between Washington and Beijing send stocks to record highs in New York.

Equity markets may be the most visible sign of this optimism but currencies with a strong, positive correlation to global growth such as the Australian Dollar are also doing a lot better.

However, whether the current burst of financial market exuberance is rational or not in terms of its own expectations, there’s a buildup of evidence that trade tensions continue to bite deep into the real-world economy in a way that could crimp demand for years to come.

The Organization for Economic Co-operation and Development estimates that Foreign Direct Investment flows have fallen by around 20% in the first six months of this year. The second quarter saw particular strains with FDI sliding 42%. Both Europe and the US have seen heavy falls in FDI while China has seen gains, albeit comparatively small ones.

This report is only the latest evidence that trade tensions are seeing the tide of globalization flow backwards.

China’s growth is clearly decelerating with the portentous 6% level now very much in doubt. Export titans Japan and South Korea are clearly struggling. Corporate America has warned repeatedly that demand for its goods from China is in doubt.

Could Even a Broad Trade Deal Change the Weather?

Now it’s possible that a swift, wide ranging deal between the US and China could dispel all underlying economic gloom and send ‘risk assets’ surging higher once again. However, markets may be setting themselves up for disappointment if they believe that the last two decades’ move to freer trade and lower tariffs is ever coming back as they used to know it. The OECD’s report would seem to underline this point.

If investors thought the good old days were returning, FDI would have held up a lot better. Oil prices, too, hardly suggest inspiring prospects for world demand. They may have risen quite smartly in October’s dying days, but the overall downtrend remains very much in place and major producers may yet cut production again this year.

In short, a trade deal between the world’s two largest economies could be wonderful, but it may no undo all the damage already done.

The backdrop may remain more supportive of perceived havens like the Japanese Yen than it now appears, while the growth linked currencies could be in for much more of a struggle. Bear in mind that, while AUD/USD has risen smartly in the past month, it remains mired in the long downtrend which has capped the market since late 2018. 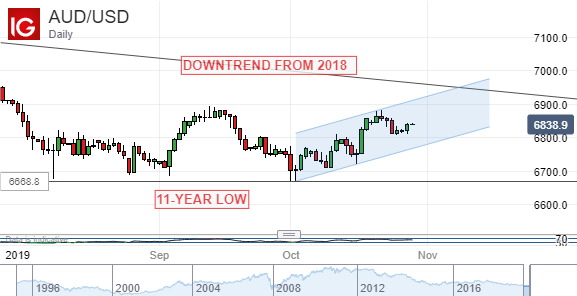