GBP: Yesterday saw UK PM Johnson reach a majority for the Withdrawal Agreement Bill, something his predecessor failed to do on three attempts. However, as monumental as this may sound, the optimism had quickly dissipated after the government lost the vote on the programme motion, which in turn has seen Boris Johnson put the legislative process on halt, meaning that Brexit is unlikely to happen on October 31st. Focus now is on the EU response to the Article 50 extension (again) and as it stands, the EU are signalling that they could provide an extension until the end of January 2020. Subsequently, this can leave two paths, either PM Johnson continues to push his deal through the legislative process or look to call a snap election, however, a 2/3 majority is needed for an election to take place.

GBP/USD has respected Friday’s low (1.2838) as market participants at the EU’s announcement, while Sterling risk premium has been in freefall with overnight implied volatility crashing over 10 vols to 14.65. That said, risk reversals continue to highlight a slight premium for GBP calls over puts. 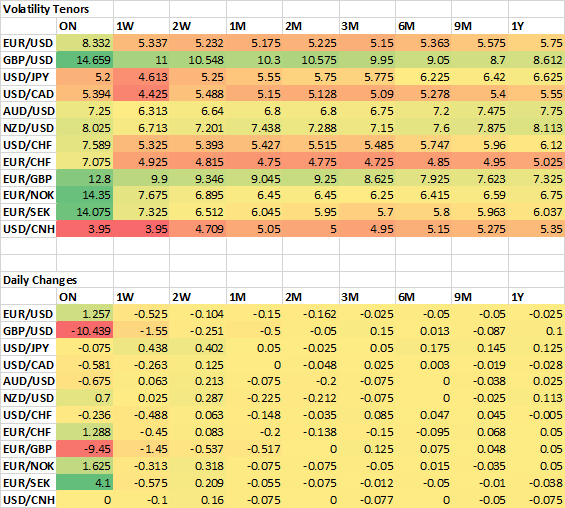 USD: As market sentiment remains somewhat indecisive, FX markets are relatively calm with the US Dollar trading in mixed fashion against its counterparts as the index hovers around the 200DMA. With little scheduled on the economic calendar throughout the rest of the session, risk sentiment is likely to dictate price action in FX. 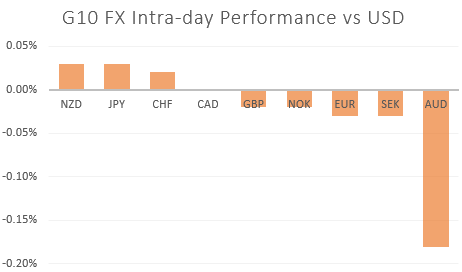 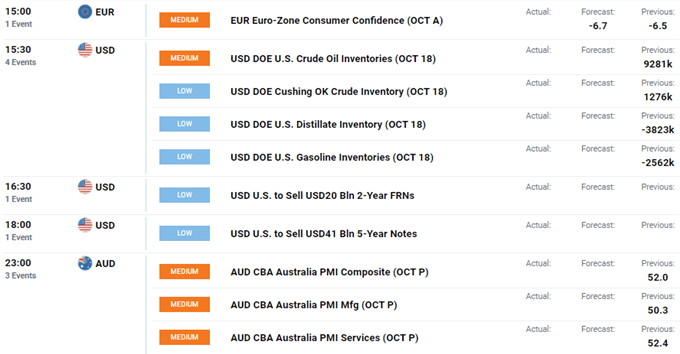