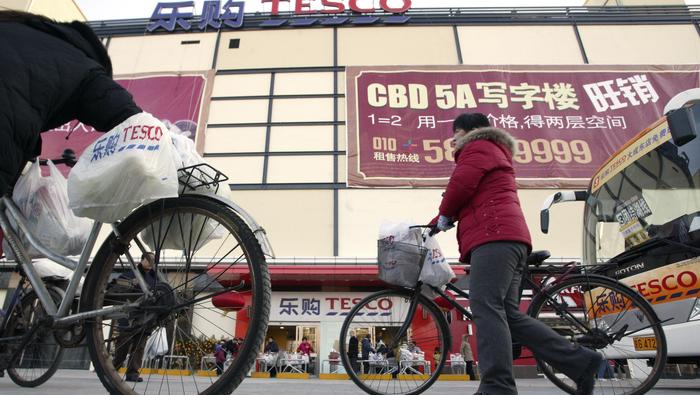 Asian stocks markets were all higher as Friday afternoon got under way. After a day of conflicting headlines around current US-China trade talks in the session before, hope seems to be prevailing but it’s probably as well to be aware that so far hope is all investors have.

Reports late Thursday that the US might consider holding back tariff rises in exchange for a currency pact as part of a mini-deal kept risk appetite supported, even though some China watchers have cast doubt on the likelihood of such an exchange. At any rate, US President Donald Trump tweeted on Thursday that his scheduled to meet with Chinese Vice Premier Liu He later Friday, a meeting which many market participants seem to doubt would take place were there no progress whatever to report.

The Nikkei 225 was up 1.1% as the Tokyo afternoon got under way. Shares of Uniqlo parent Fast Retailing continued to reap the rewards of a crowd-pleasing record profit. They were up more than 4% Friday. South Korea’s Kospi was up 1%. Representatives from Seoul and Tokyo will meet Friday in Geneva to discuss their dispute over Japan’s tighter technology material exports to South Korea. The Shanghai Composite was up 0.4% while over in Hong Kong the Hang Seng added a chunky 2.2%.

Australia’s ASX was 0.8% higher. Trade optimism certainly seemed to be helping the Sydney benchmark’s plentiful mining sector. BHP Billiton and South32 led gainers through the morning. Silver Lake Resources did well too, after a quarterly update, while the big banks were also higher.

A trade-related feelgood factor was evident in the foreign exchange market too. Havens like the Japanese Yen and Swiss Franc eased back at the expense of growth plays such as the Australian Dollar. The British Pound was stronger too as markets look with hope to the chances of a Brexit deal following encouraging comments from the European Union on Thursday, that situation remains very fluid though. Sterling rose to two-week highs against the Euro.

The Australian Dollar’s rate against the Japanese Yen is perhaps the clearest indication of market risk appetite. It’s now back up to highs not seen since September 20 on a daily-close basis. 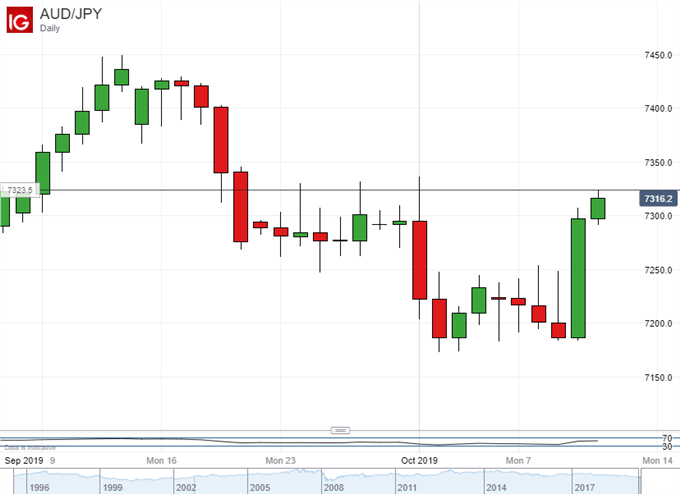 It’s worth noting though that these gains have merely retraced the sharp falls seen at the start of this month and still leave the cross well below mid-September’s peaks.