Irish PM Varadkar just updated markets in Liverpool following a meeting with British PM Boris Johnson where the political leaders discussed the sticky subject of Northern Ireland’s backstop and how to avoid a hard border. The Irish border has caused a major impasse between Brexit negotiators, which has largely prevented the UK and EU from agreeing on a Brexit Withdrawal Agreement.

The latest remarks from Varadkar, however, suggests that London and Brussels may finally be able to find common ground and get Brexit talks back on track. Varadkar stated that he had a “very good” discussion with PM Johnson and “hopes that today’s talks are sufficient for talks to resume.” This comes after harsh comments lobbed back and forth between UK and EU officials Wednesday, which caused no-deal Brexit fears to rise once again.

Varadkar detailed that avoiding a hard border has always been the primary objective and that “all sides would like an agreement next week.” He also added that he “sees pathway to possible deal,” but customs and consent are still outstanding issues that need to be ironed out. 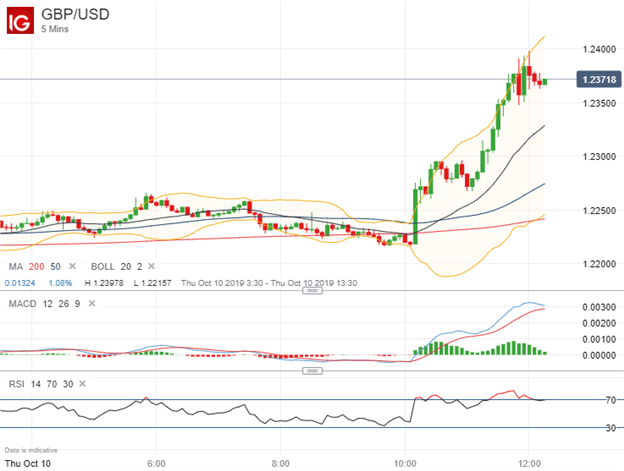 GBPUSD surged above the 1.2250 mark immediately following the news and continued to climb toward the 1.2400 price level. 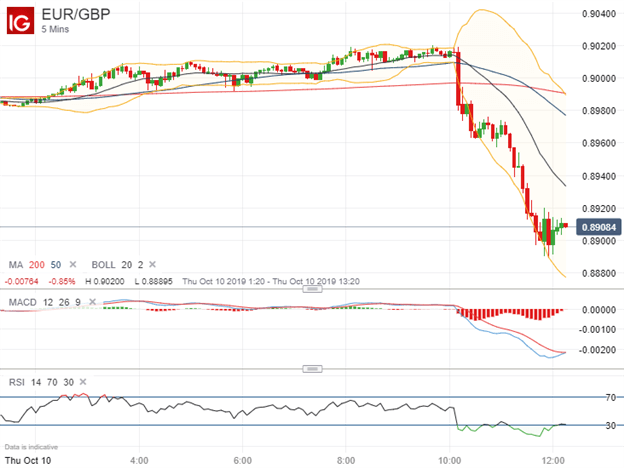 Similarly, the latest episode of strength in the British Pound sent spot EURGBP plunging from 0.9020 to 0.8900, which more than erased earlier upside in the Euro driven by the release of ECB minutes.