Speaker of the House of Representatives Nancy Pelosi charged the President with betraying his oath of office and seeking to enlist a foreign power to tarnish a rival for political gain. The charge relates to reports about a call Trump had earlier this year with Volodymyr Zelensky, the President of Ukraine.

What was said remains unknown, but Democrats allege that Trump threatened to withhold military aid to force an investigation into former Democratic Vice-President Joe Biden and his son. Mr. Trump has denied wrongdoing, called the proceedings ‘witch hunt garbage’ and said he will release a full transcript of the call in question.

Impeachment is invariably a complex and lengthy procedure and this one comes when markets have numerous other heavyweight concerns from US-China trade to Brexit.

The addition of another saw all major bourses in the red. The Nikkei 225 was down 0.4% with the Hang Seng down nearly 1% and the Shanghai Composite off by 0.5%. The ASX 200 slipped by 0.3%. with the tech sector once more in retreat after recent strong gains. Gold miners caught a bid, passed through from a broader rise in the price of perceived haven assets.

In the foreign exchange space, the New Zealand Dollar rose against its US counterpart after the Reserve Bank of New Zealand kept interest rates on hold at the record low of 1% reached last month in the wake of a surprise, half-percentage-point cut. No one much thought that another cut was coming, but some clearly thought that a very dovish statement might be forthcoming. What they got was dovish, for sure, clearly reserving the right to cut again and warning that rates will probably stay low for a long time. However it wasn’t an obvious rhetorical ramp-up from recent editions.

The US Dollar steadied in Asian trade having been knocked initially by the impeachment news. Other major currencies have their own weights to carry though, whether it be Brexit uncertainty in the case of sterling or weakening economic numbers which beset the Euro.

USD/JPY has broken quite conclusively below the formerly dominant uptrend channel on its daily chart, and Dollar bulls now face quite an uphill climb to get it back on track before month end. 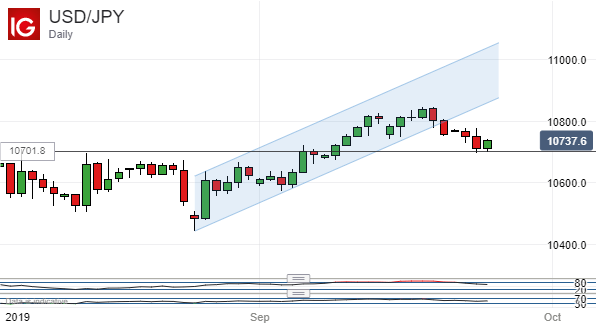 Near-term technical focus is now on support at 107.02, the closing high of September 5. Should this give way, and it’s close to the market, the entire rise could face retracement. 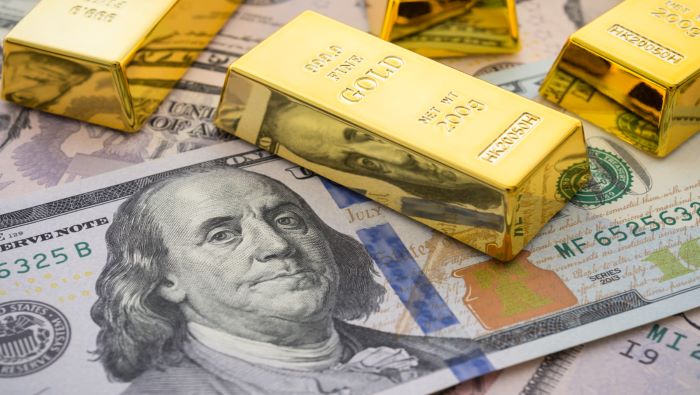