The latest report from the Organization for Economic Cooperation and Development (OECD) paints a gloomy picture for the global economy, as they cut their outlook on global growth from 3.2% to 2.9% for 2019, marking the weakest global growth rate since the financial crisis. The downgrades from the OECD were broad and encompassed almost all major economies. Protectionist trade policies are cited as a prime driver behind the downgrades as effects from the US-China trade war continue to further permeate into the global economy.

The OECD report isn’t the first harbinger for signs of economic trouble as their sentiment has recently been echoed by the US Federal Reserve and Europe’s ECB. Both major central banks are easing policy with Europe’s Central Bank leading the charge as they announced a massive new bond buying program on top of a cut to the deposit rate this month. The Federal Reserve also eased policy this week, the second rate cut since the financial crisis, during the September FOMC meeting with a 25-bps cut, although there was no mention of quantitative easing like their European counterpart. 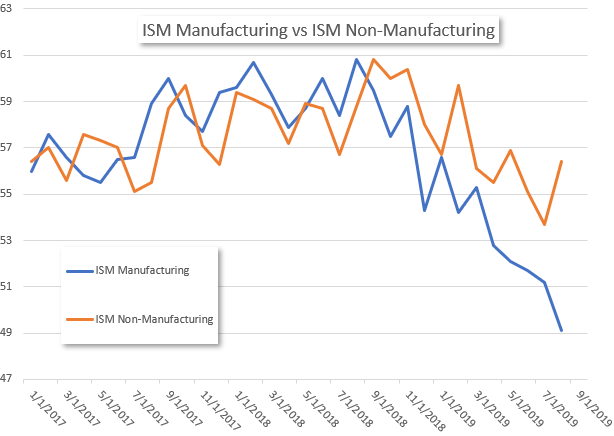 Chair Jerome Powell mentioned trade policy in his press conference stating "Our business contacts around the country have been telling us that uncertainty about trade policy has discouraged them from investing in their businesses." Chair Powell also hammered on trade policy being outside their scope but acknowledged the impacts it has on the economy and therefore is something they must closely monitor. Those impacts from trade tensions seem to be better highlighted in the manufacturing side of the economy right now, while consumer spending remains strong, propping up the services sector. 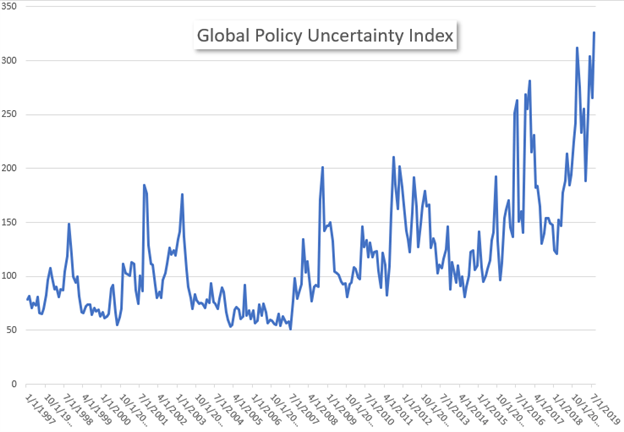 The OECD report concerns trade tensions as dragging down business investment and demand as a product of cross-border supply chain disruptions. To counter this risk, according to the OECD, a collective effort between nations to restore predictable and transparent rules to world trade are required for bringing confidence and investment back into the economy according to the report. Trade tensions alone are not the only cause for the drag on global growth as Brexit remains a major risk for the UK and Euro area in whole. Other weak spots in Europe translate to the exposure from a slowdown in manufacturing, which are predicted to hit Germany and Italy the hardest due to their reliance on trade and factory production. Brexit is also accelerating a decline in consumer and business confidence as the United Kingdom trudges on without a cohesive plan in place for an exit from the European Union. These aggregated risks manifest into the highest point in history for policy uncertainty, which is reflected by the global policy uncertainty index. 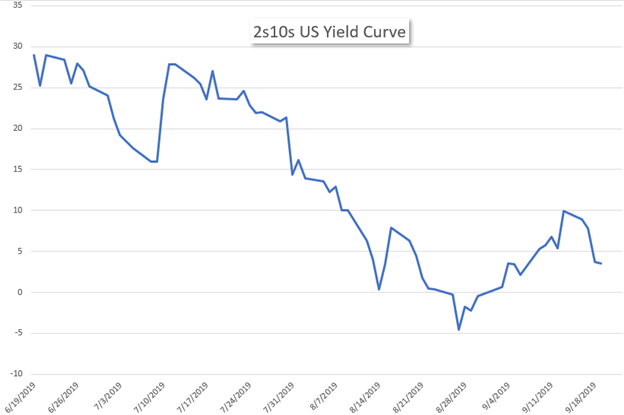 Despite the several downside risks mentioned in the OECD report, equity markets have seen positive performance with the S&P 500 up 20.08% YTD and the Euro Stoxx 50 posting a 14% gain respectively. While investors continue to exhibit enthusiasm in equity markets, the bond market has more readily reflected more traditional signs of global risks as the 2s10s yield curve (spread between the 2- and 10-year treasury yields), which inverted at the end of August and remained under pressure into the start of September. Easing monetary policy has helped the curve out of inversion as rates on the long end of the spread rose ahead of pace vs the short end with the 30-Year treasury yield propping up above 2.20% into mid-September. At the same time, risk of complacency has grown with the VIX Index approaching multi-month lows as the S&P 500 nears record highs. 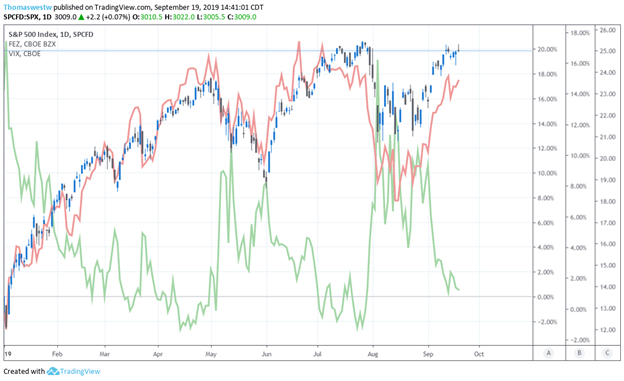 There are worries among economist and investors alike that monetary policy could possibly be coming to a point of ineffectiveness as the world economy faces a slowdown amid low inflation and inflated balance sheets among central banks. This is addressed in the OECD report as it states the ECB along with Japan has a limited scope to provide further easing in monetary policy, in turn a greater reliance on fiscal policy will be needed going forward. 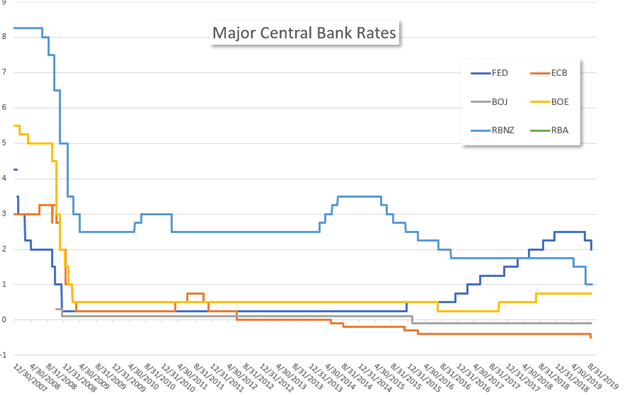