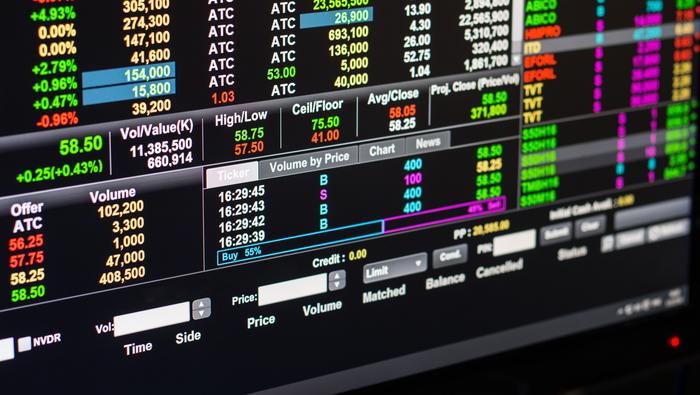 Oil prices and geopolitics combined to keep a lid on risk appetite and send most Asia Pacific stock markets lower on Tuesday.

The aftershocks of last weekend’s drone attack on crucial Saudi Arabian oil infrastructure continues to ripple across all markets. Yemen’s Houthi rebels have claimed responsibility and the White House has blamed Iran. Whatever the truth, global oil benchmarks have risen sharply with US crude up 14% on Monday and holding. The Saudi national oil company Aramco reportedly aimed to restore a sizeable proportion of its lost output this week, but some analysts suggest that full capacity could take weeks to return, although the kingdom’s stockpiles should cushion some of the blow to supply.

Still, growth sensitive markets remained under pressure with the Shanghai Composite and Hong Kong’s Hang Seng down more than 1%. The Nikkei 225 was steadier but still lower by a couple of ticks as its afternoon trade started. That regional bellwether is playing catchup to some extent after Monday’s closure for holiday.

The ASX 200 managed modest gains, with individual tech stocks rising despite plenty of weakness elsewhere. The Kospi was up too, but only by 0.1%.

The US Dollar was supported by Monday’s news that the White House had approved the US of US strategic oil reserves to offset any loss of Saudi supply. The Australian Dollar weakened on generally shaky risk appetite and a set of minutes from the last Reserve Bank of Australia monetary policy meeting which left the door to lower interest rates wide open.

USD/JPY is up to highs not seen since early August and remains in the uptrend in place since the pair bounced toward the end of last month. The sharp falls of August 1 are stull providing the pair with important resistance, however. 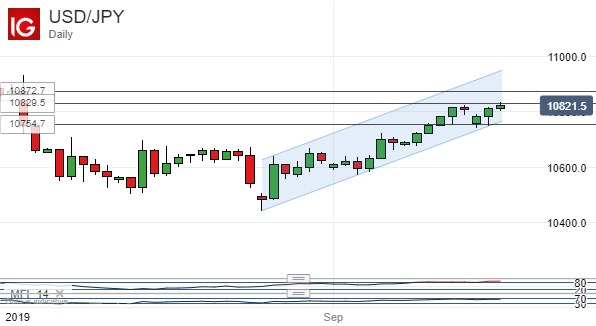 In other regional data, Singapore’s bellwether non-oil direct exports (NODX) slipped an annualized 8.9% last month, which was actually much better than the 12.2% markets had feared.

The markets’ main weekly focus will be the Federal Reserve’s September interest rate call. That will be made early Thursday Asia Pacific time with a reduction widely expected.