Crude oil prices and petroleum-linked currencies like the Norwegian Krone and Canadian Dollar rallied early into Monday’s trading session after reports of drone strikes at Saudi Arabia’s Aramco oil facilities in Abqaiq. The attack has disrupted their production of about 5.7 million barrels of crude oil per day, about half of the Kingdom’s daily production of 9.8 million; to put another way: 5 percent of the world’s supply. 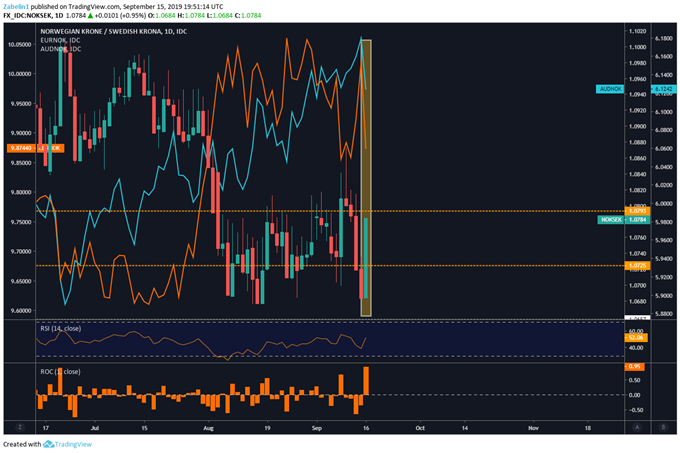 Yemen’s Houthi rebels – which are widely considered to be backed by Iran – claimed responsibility for the attack. US Secretary of State Mike Pompeo condemned Tehran’s alleged involvement in the strike. This will likely amplify politically-induced supply disruption fears in the region as the prospect of reconciliation between Iran and the US is now much less likely.

According to people familiar with the matter, it could take a few weeks for Saudi Arabia to repair its facilities and resume its regular production schedule. While crude oil prices may initially spike, their upside momentum may quickly fade if Saudi Arabia draws on its reserves and if US President Donald Trump follows up on his offer to draw on the Strategic Petroleum Reserve to stabilize the energy market.

While regional political risk has helped to boost crude oil prices, it may fail to significantly alter the commodity’s longer-term trajectory. Eroding fundamentals and weaker global demand have overwhelmed supply disruptions fears and political risks in Iran. Eroding fundamentals and the US-China trade war have dominating headlines and have been the primary catalyst behind the ongoing decline in crude oil prices. 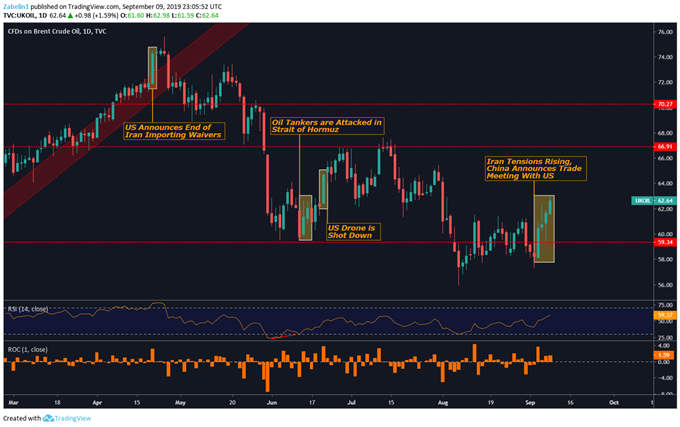