CAD: The Canadian Dollar is on the defensive with USD/CAD making a break above topside resistance at 1.3345-55. The weakness has largely stemmed from the broader market with crude oil prices dropping 1.5%, while equity markets are also softer. Going forward, eyes will be on tomorrow’s BoC rate decision, which could provide clues as to how soon the central bank could jump on the dovish bandwagon. While no change is expected, money markets are pricing in a 66% likelihood of a 25bps cut at the Ocotber meeting. As mentioned previously, we feel the BoC will signal a move towards an insurance cut, raising the risk of a move towards 1.3500. 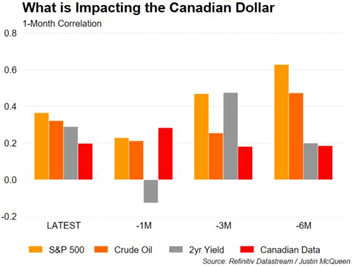 GBP: GBP/USD is once again under pressure as the Brexit showdown between Tory rebels and the government highlights the current constitutional crisis that is weighing on the currency. The pair had made a break below the psychological 1.20 handle, hitting a low of 1.1959, marking the lowest level since the October 2016 Sterling flash crash, before retracing slightly. Focus today will be on the debate surrounding the Brexit delay bill (looks to delay Brexit till January 31st, 2020), whereby Prime Minister Johnson has threatened to call a general election by October 10th if passed. As a reminder, under the Fixed Term Parliaments Act, for an election to take place, 2/3 of MPs must support this. That said, given th increasing risk of a general election, GBP volatility has been surging with short-term tenors elevated, while the 2-month (covers October 31st deadline) is at the highest level since the Brexit referendum.

AUD: The Australian Dollar has retained a firmer footing since the RBA meeting, in which the central bank largely reiterated its dovish message. Aussie data overnight had been relatively mixed with the softer than expected retail sales report offset by the better than expected current account data, in which the net export contribution is expected to be at 0.6% from 0.2% previously. Downside risks remain for AUD, as trade war risks continue weigh, alongside this, copper prices have edged lower, nearing losses of 10% since US President Trump broke the US-China ceasefire at the backend of July. 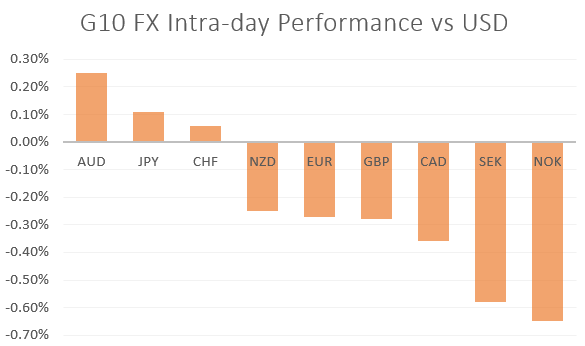