GBP: The Pound has been among the best performers with GBP/USD approaching the 1.2300 handle as optimism rises over a possible alternative solution to the Irish border issue. Consequently, following the G7 summit, the EU are reportedly open to possibly re-opening the withdrawal agreement, raising the hope for a potential deal.

Elsewhere, the opposition to the UK government have agreed to work together in order to stop a no-deal Brexit via legislative procedures, thus providing an additional lift to the Pound.

EUR: Eyes on Italy as both the Five Star and Democratic party look to reach an agreement to form a coaltiion. However, reports this morning suggest that talks are at risk of breaking down as differences pertaining to the 2020 budget and the next PM have become the main stumbling blocks. Elsewhere, German GDP had been confirmed at -0.1% with external factors in the form of trade weighing on German growth. 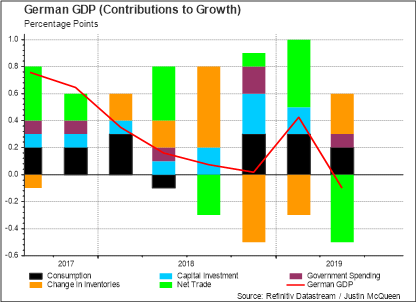 JPY: Demand is notably firm for the Japanese Yen, which continues to benefit from the ongoing uncertainty surrounding the US-China trade war. The latest from the Chinese Foreign Ministry was that there had not been a phone call between the US and China on trade, going against what US President Trump had previously stated, thus the JPY remains underpinned. However, in light of recent price action, this has prompted verbal intervention from Japanese officials with the Finance Minister highlighting that they are watching market moves closely with a sense of urgency.

Silver: Prices have continued to extend gains, rising by 2% to hit $18/oz and notably outperforming gold which has only seen marginal gains of 0.2%. As such, the gold/silver ratio has headed lower, now at 85 with risks remaining tilted to further outperformance of silver vs gold. 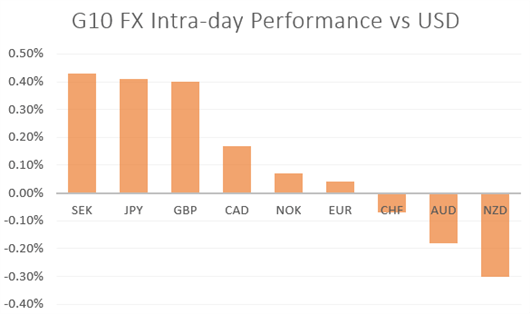