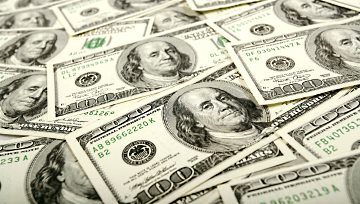 The US Dollar has rebounded sharply so far this week with the DXY Index climbing roughly 0.6% since last Friday’s close. The greenback gained primarily on the back of headlines suggesting a de-escalation in the US-China trade war which caused markets to unwind lofty Fed rate cut expectations. US Dollar upside was subsequently exacerbated by downward pressure on the Euro sparked largely by dismal Eurozone economic data.

That said, near-term US Dollar outlook will likely turn to the upcoming release of consumer sentiment data as it is likely to highlight key themes of tariff and monetary policy impact on respondents which has potential to sway Fed rate cut expectations. 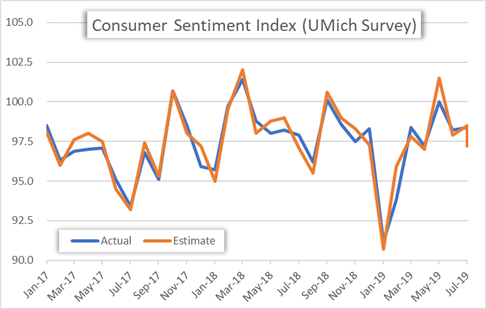 University of Michigan’s Survey of Consumer Sentiment Index for August is slated to cross the wires Friday at 14:00 GMT. Bloomberg’s median economist estimate for the headline consumer sentiment figure stands at 97.0, which compares to July’s reading of 98.4. Ongoing US-China trade war uncertainty has inarguably contributed to the deterioration in market sentiment and has followed the slowdown in global GDP growth. Skeptical outlook from consumers due to US-China trade war uncertainty could be offset by the positive tailwind posed by the Fed rate cut announced at the central bank’s last monetary policy update. Although sentiment could be tarnished by the 2s10s yield curve inversion, this recent development may not be fully reflected in the preliminary August consumer sentiment report. 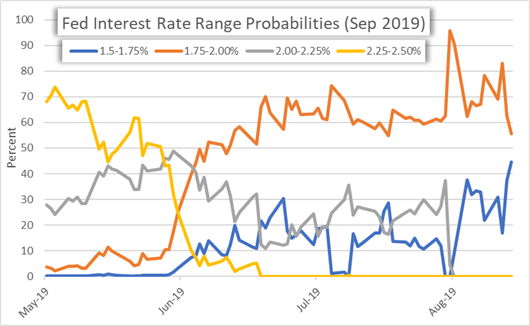 The probability of a 50-basis point interest rate cut at the September FOMC meeting, which would set the federal funds target rate range at 1.50-1.75%, has climbed to 44.5% according to overnight swaps pricing – even in spite of robust retail sales numbers and news that US President Trump will delay a scheduled tariff hike on China. That said, a better-than-expected reading on tomorrow’s consumer sentiment data could spur risk appetite and bolster spot USDJPY as rate traders walk back expected Fed accommodation currently priced in. Conversely, a disappointing consumer sentiment survey has potential to reignite market pessimism and risk aversion which threatens to sink spot USDJPY. 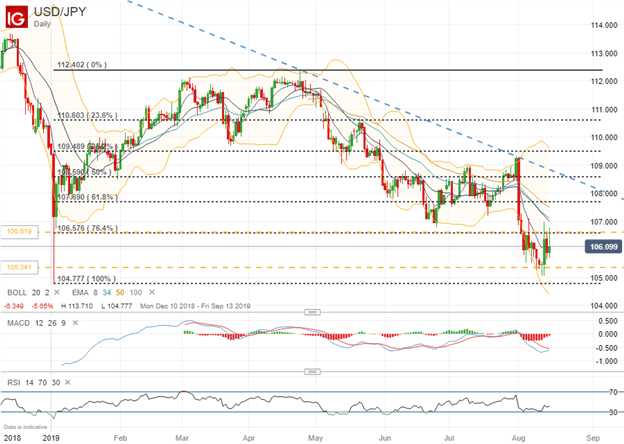 According to USDJPY overnight implied volatility of 11.52%, spot prices are estimated to gyrate between 105.34-106.62 with a 68% statistical probability. Spot USDJPY has experienced a sharp slide lower since May primarily due to waning risk appetite stemming from slowing global GDP growth, which has sent forex traders unwinding JPY-funded carry trades. 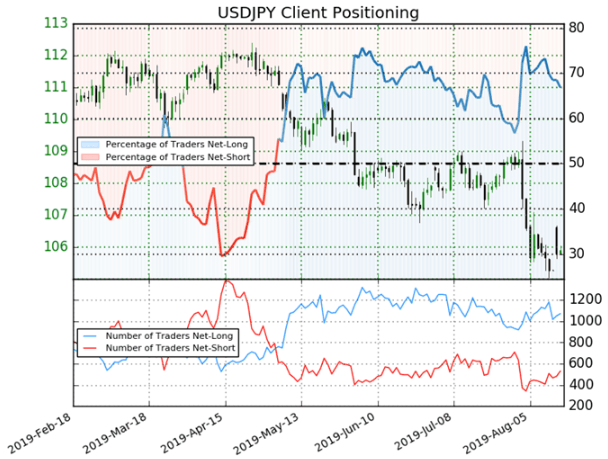 IG Client Sentiment data on USDJPY points to a bearish bias from a contrarian perspective. The figures show that 66.9% of retail USDJPY traders are net-long resulting in a long-to-short ratio of 2.02 to 1. Yet, the number of traders net-long is 5.1% lower than last week while the number of traders net-short is 21.2% higher than last week. This change in spot USDJPY client positioning suggests that the current price trend could soon reverse higher.